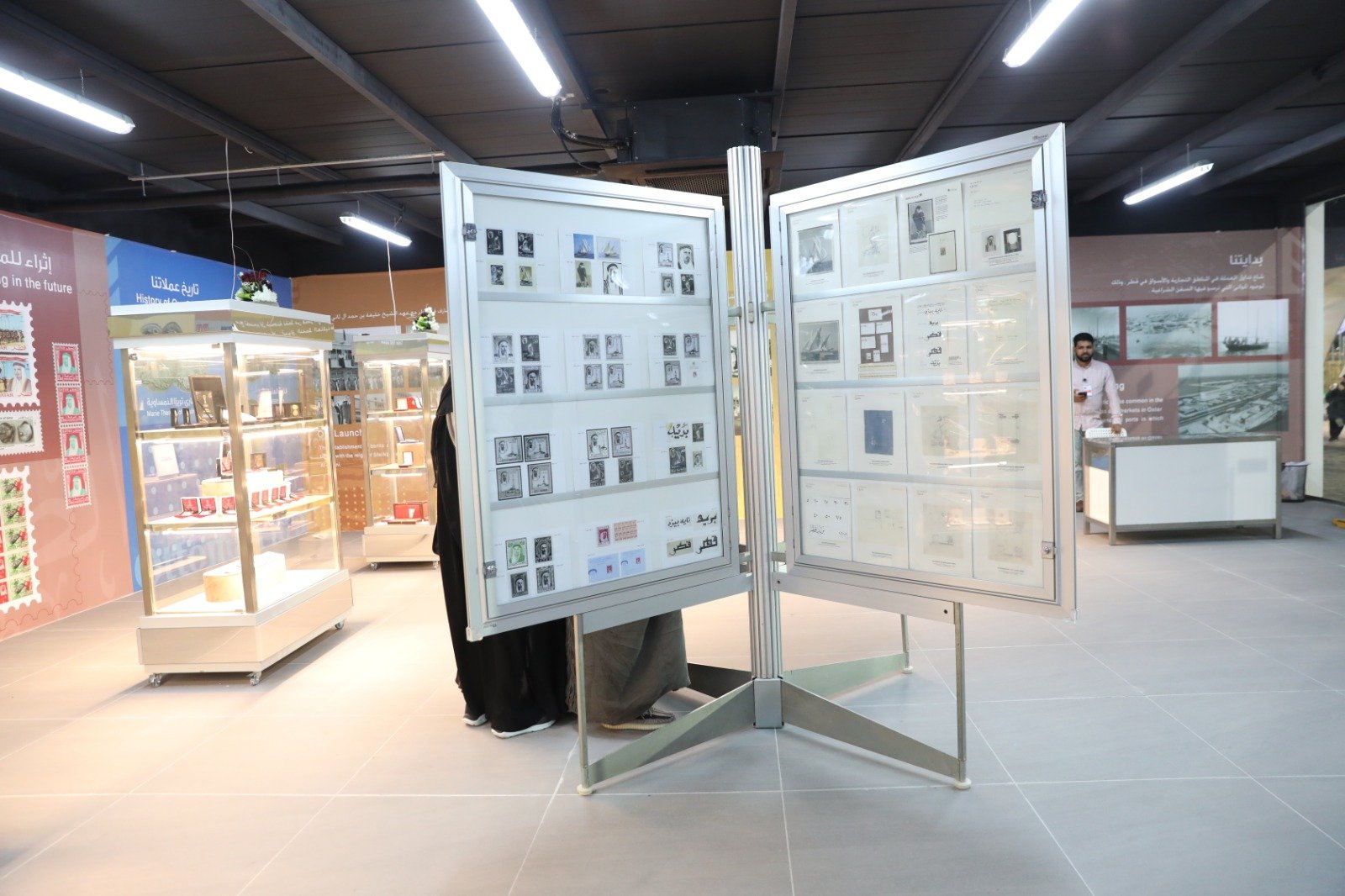 National Day 2022 celebrations continue at Darb Al-Saai in Umm Salal Muhammed under the slogan “ Our strength is the source of our unity” aimed a huge turnout by citizens, residents and World Cup fans. The Liwan Stamps and Currencies exhibition at Darb Al-Saai provides a great opportunity for people who are interested in this art. It collects rare models of all currencies and stamps since the first Qatari currency until now, in addition to being a unique destination for reading currencies’ history, uses and stages of development.

As soon as the visitor enters the pavilion of stamps and currencies, he/she embarks on a journey through dozens of frames, each of which documents an important period in the history of Qatar. Some of the exhibits date back to the period between 1800 and 1900 AD, and they were collected from all sides over the years in order to preserve them as an important legacy for future generations.

Mr. Hussein Rajab Al-Ismail, Director of the Qatar Stamps and Currency Club, said that the participation in Darb Al-Saai is meaningful, as we take advantage of our presence here to introduce the public and visitors of different nationalities to the history of Qatari stamps and currencies, explaining that the most important content of the original drawings are rare and valuable stamps.

He added that the exhibition of stamps and currencies is a holistic and as it includes all issuance of Qatar institutions, including the commemorative coins as well as the currencies used in Qatar during the period 1800s-1900s.

He explained that the exhibition is witnessing a great turnout from citizens, residents and fans of the World Cup, who find the exhibition as a unique opportunity to learn about our culture, history and authentic identity.

As for the efforts of the Qatar Stamps and Currencies Club in collecting and preserving such rare stamps, Al-Ismail said that since its establishment in 1989, the club has played an important role in preserving old stamps that embody important stages in the memory of the State of Qatar, as it documents for future generations a large number of memorial photos of the ancient landmarks of Qatar and other symbols dating back to past centuries.

He added that the club continues to achieve its vision by including young amateurs to collect stamps and currencies, and the club was able to collect many rare historical and heritage stamps that represent great value to the people of Qatar, including, for example, stamps for ancient castles, old ships, and others that document the era of pearl diving, before the discovery of oil, there are also stamps of desert plants.

Al-Ismail said that the stamps are linked to the history of Qatar Post, specifically since 1950, and the first Qatari stamp issuance included images of “the falcon, the ship, and the mosque”, where the falcon symbolizes Qatar’s land heritage, while the ship symbolizes its maritime heritage and its economic history.