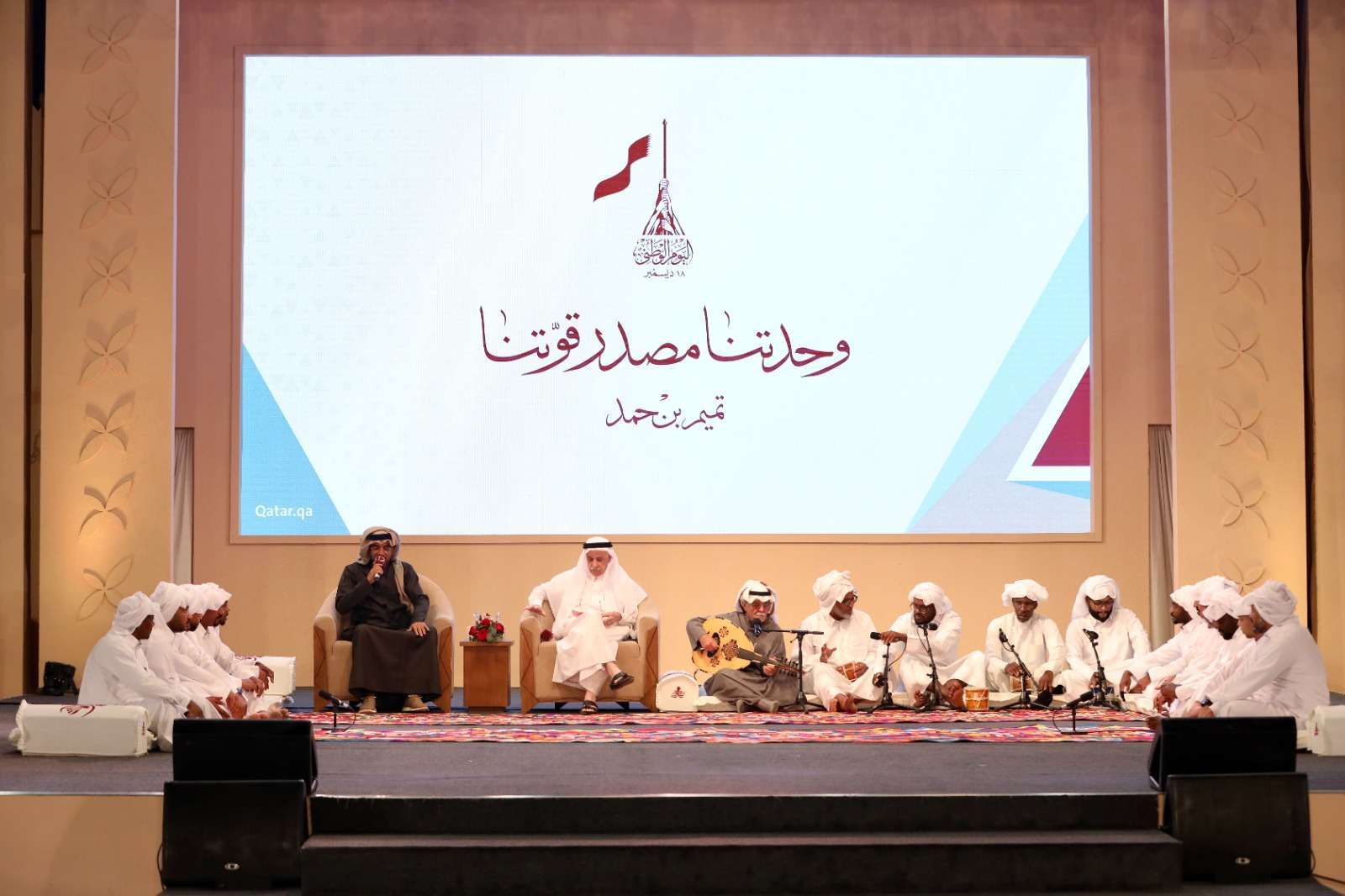 The art of sound… A Symposium on Old Vocal Arts

The main stage of Darb Al-Saai witnessed the holding of a new symposium entitled “The Art of Sound.. A Gulf Legacy”, which was part of the National Day 2022.

At the beginning of the symposium, Dr. Hassan Rashid said: “The art of sound is equivalent to the association of man with more than one art of singing. After more than two centuries, there is no literature documenting this art and its progress throughout this period, whether it originates from Hijaz or from Yemen, or it is pure Gulf art, but the most accurate of what has been dealt with in this context is this being Gulf art, according to many studies and opinions”.

He added: “Efforts are being made to monitor the first attempts at the emergence of Gulf’s singing art. Many art symbols have also tried to dig up some memory of the art, like the late Youssef Duchy, and many have also contributed to this framework, including Khaled Jawhar in Qatar. Faisal al-Tamimi, Khalifa Gamaan in radio and television programmes and press interviews, but this does not satisfy the insatiable search for roots and origins, the artist Ibrahim Habib also has a history of this art through the availability of many songs with organic connections to sound art. Noting the efforts of the media and writer Dr. Ahmed Abdulmalik in this documentation, during the recent period.

Dr. Hassan Rasheed said that the history of this art depends on the narrators. Many interviews were often held during the early years of Qatar Radio with a constellation of artists of that time such as Salim Faraj, Abdulkareem Farah, Ibrahim Faraj, Idris Khairi and my fellow artists Gazi Hussein and Abdulaziz Mohamed.

He hoped that the career of sound artists, the revival of the legacy of ancient sound artists in the Gulf Arab States, and the availability of academic scientific study on the art of sound, would be documented in order to preserve the history of singing and the history of various models who had played a prominent role in presenting the art of living and still living in our collective memory.

The artist Ibrahim Ali presented a different bouquet of folk singing, with the accompanying band of Jubailat Folk Arts.