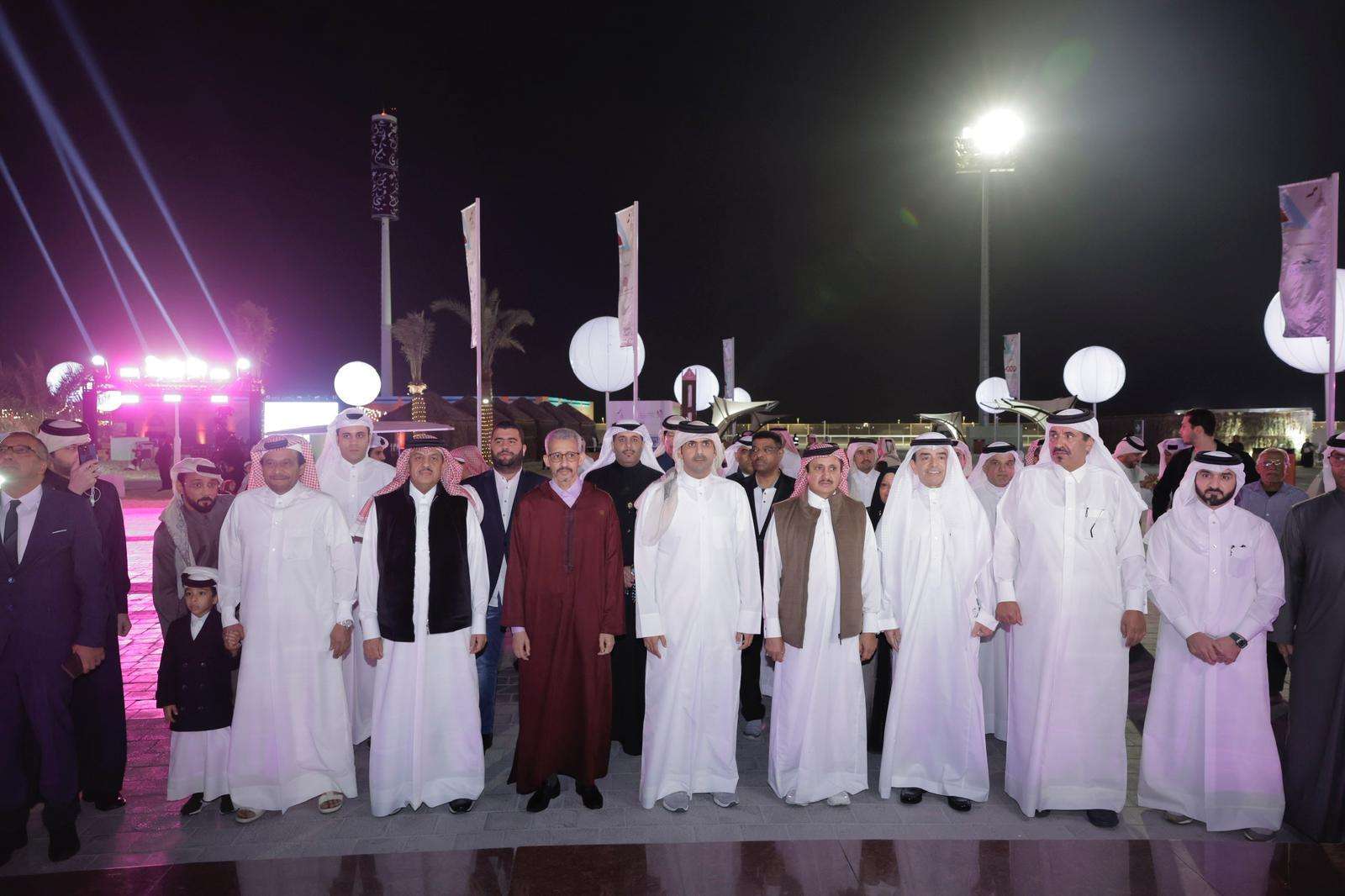 Along with H.E. Sheikh Abdulrahman bin Hamad bin Jassim bin Hamad Al Thani, they toured the activities held at Darb Al-saai and they were briefed on Al Shaqab, Darb Al Saai Market and Al Bidda activities. They also attended the seminar entitled “Organizations from Local to Global”. The seminar was attended by Director-General of the Islamic Educational, Scientific and Cultural Organization “ISESCO”, Director-General of the Arab League Educational, Cultural and Scientific Organization “ALECSO” and Director of the Department of Culture, Heritage and Tourism at the General Secretariat of GCC. During the tour, they were briefed on various cultural and heritage events such as Liwan Art, Al-Izba, Al-Rimy, Al-Maqtar.

H.E. Sheikh Khalifa bin Jassim Al Thani, Chairman of the Qatar Chamber, praised the new location of Darb Al-Saai in Umm Salal, expressing his admiration of the various activities and events that reflect our celebrations of Qatar National Day under the slogan “Our Unity is the Source of Our Strength”, and coincides with the hosting of FIFA World Cup Qatar 2022.

H.E. praised the efforts of the Ministry of Culture and the Organizing Committee of Darb Al-Saai activities that reflects our culture and heritage, and aim to highlight the history of Qatar and its authentic heritage.