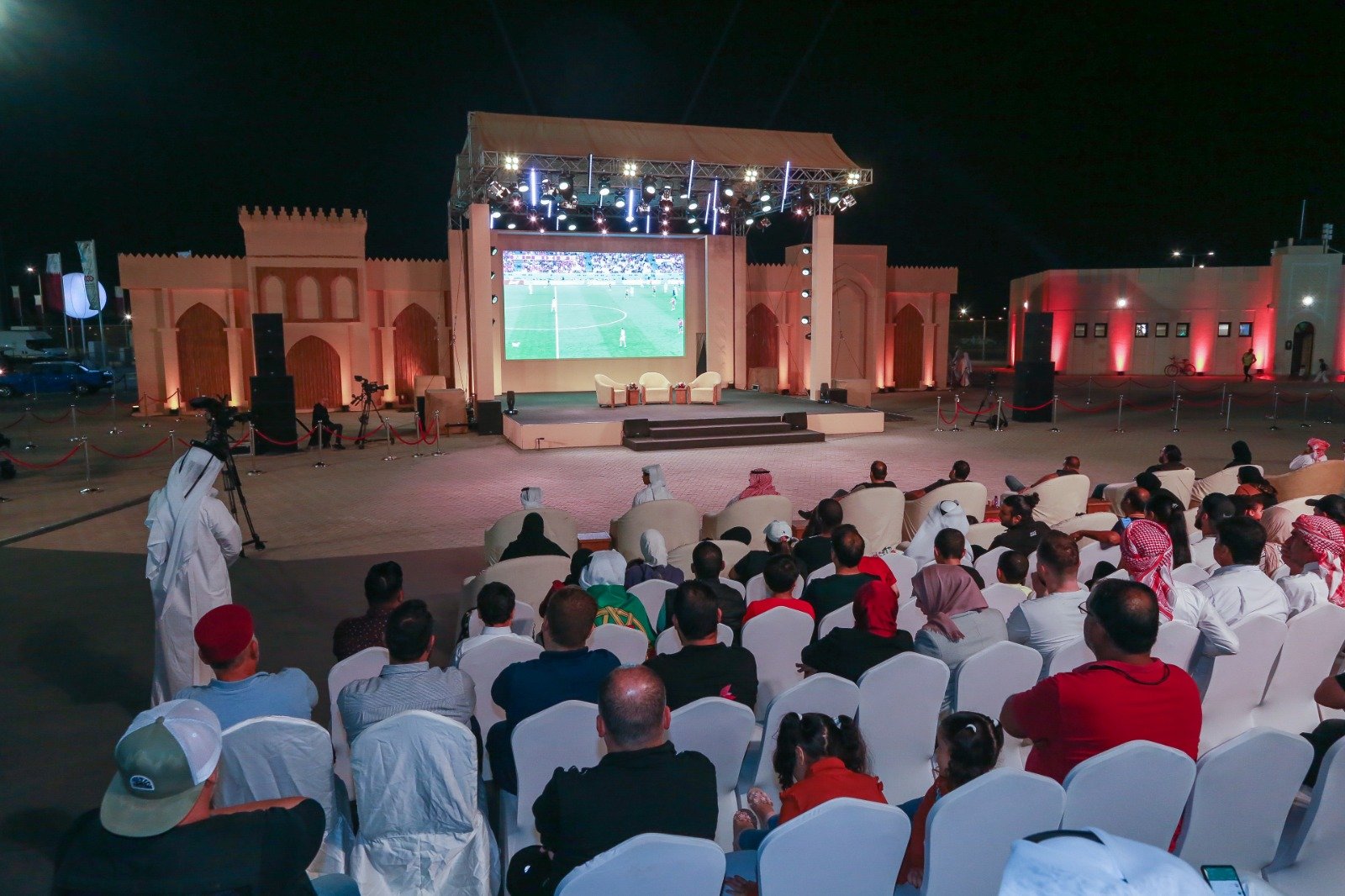 In front of the giant screens, of which five are present in Darb Al-Saai, dozens of visitors hung out with joy as Morocco scored the decisive penalty by the Moroccan player Ashraf Hakimi, who had gifted his country a historic qualification for the World Cup quarter-finals to become the first Arab team to reach this in the history of the World Cup, after knocking out Spain. Dozens of Arab visitors to Darb Al-Saai, who were unable to get tickets for the Morocco-Spain match in the second round of the World Cup because of the large numbers of fans that went to support the Moroccan team at Al Thumama Stadium, watching the match with a large number of attendees in front of giant screens very enjoyable. A sense of togetherness was evident in the support all Arab nationalities were expressing for Morocco, which ended up delivering and qualifying to the quarter-finals.

In this regard, Muhammad from Morocco described what happened as a joy of a lifetime and an achievement for history, adding that this victory is for the Arab World, and not for Morocco alone, and that all of our Qatari and Arab brothers in Doha are happy with the win, because it is a mutual achievement. Jasim of Qatar said that Morocco’s victory added to the joy of organizing the World Cup in an exceptional manner, and Jasim hoped that Morocco would win the next game and qualify to the semi-finals.