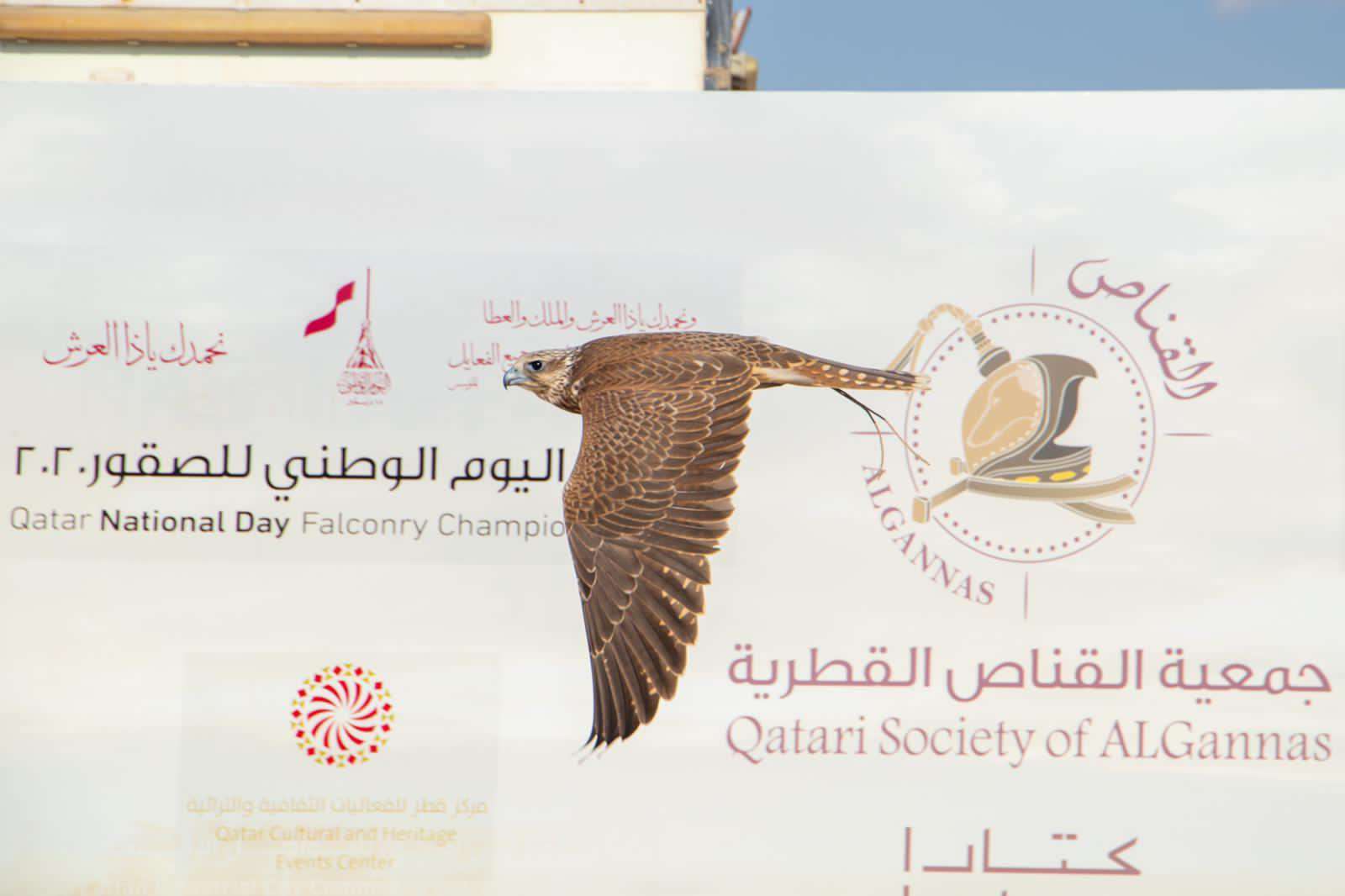 in Sabkhat Marmi at Sealine, that reaches its final stage on Wednesday 16th December 2020.

Six participants, among 41-47 groups, were qualified this morning period, to reach the total number of qualified for the semifinal round to 32 qualified. Those are Alshaqab team (Saqran) includes Sayer Bashitan Al-Shammari and Rashid Omar Al-Hamidi (Saqran), then barzan team.

The semi-final round competition takes place this morning among the 32 competitors, in Al Talaa championship in Sabkhat Marmi at Sealine city.

Yesterday evening, a draw among the finalists, was held to determine their positions in the groups.

The participants in the championship were keen to adhere to the necessary and precautionary measures to prevent Corona virus (Covid 19).

It is worth mentioning that, Qatari Society of AlGannas allocated a number of prizes for the top fifth winners, in all competitions, of Qatar National Day Falconry Championship