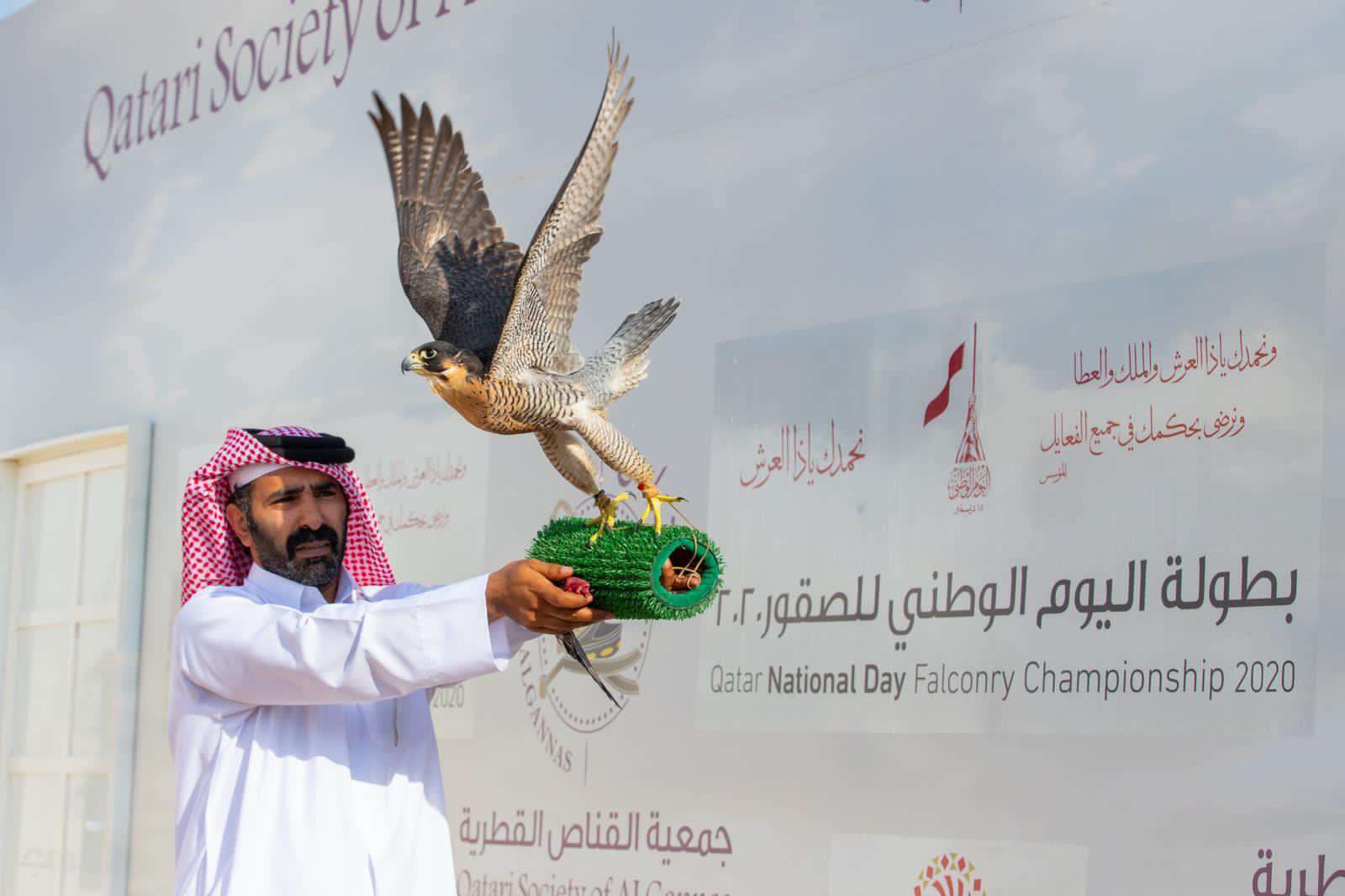 4th Qatar National Day Falconry Championship 2020 comes to an end by conducting a number of final qualifiers in Al Talaa championship in Sabkhat Marmi at Sealine and Al Dawo inAba Al Qararis in Al khor. Yesterday morning, 6 falconers out of 32 participants were qualified for the “Al-Talaa Falcons” championship finals.

Al Talaa championship is highly popular and special to falconers and others, as they consider it as the basis of “Falconry”. The participants of 4th Qatar National Day Falconry Championship adhered to the necessary and precautionary measures to prevent Corona virus (Covid 19).