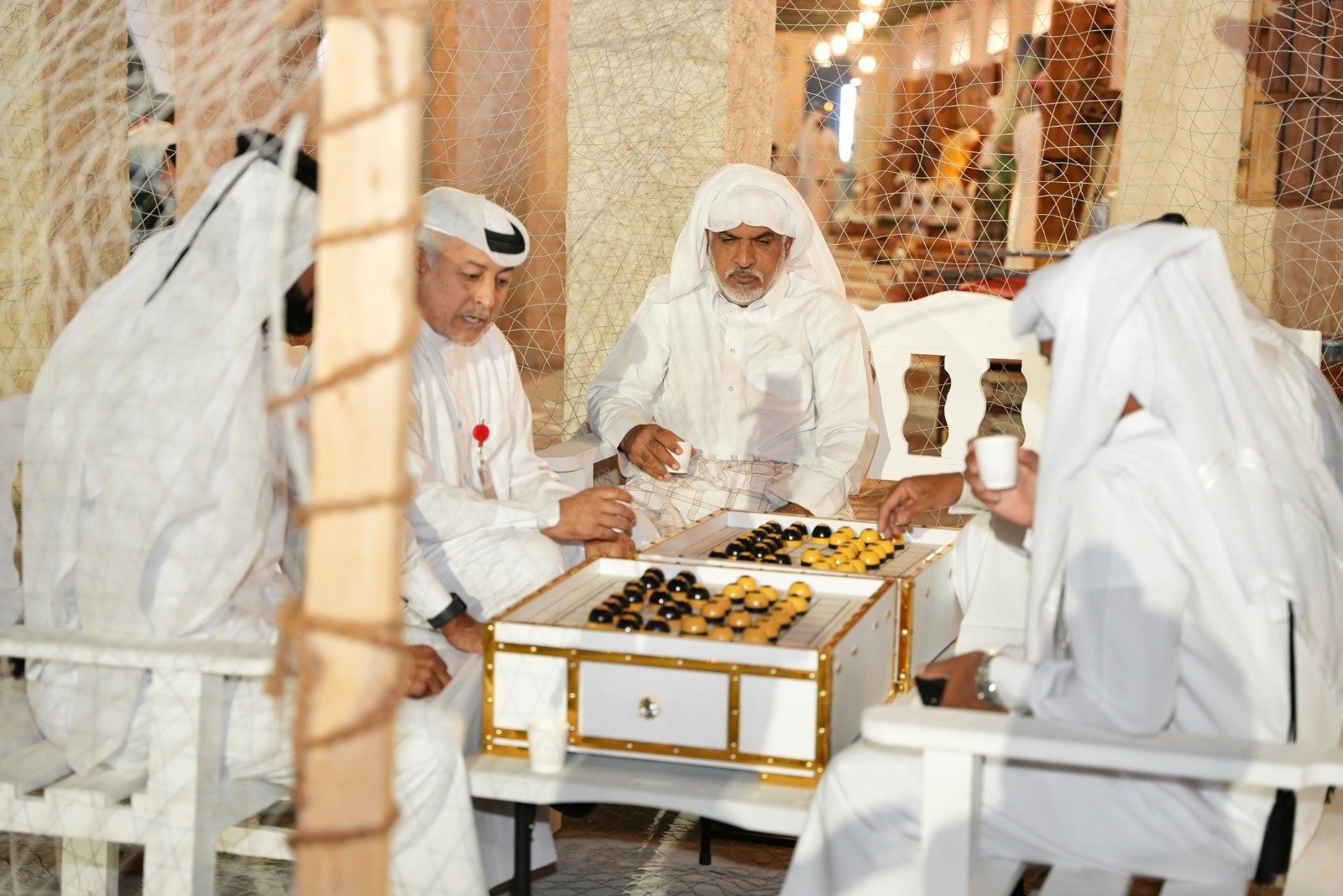 This Darb Al-Saai event includes various activities and events aimed at preserving the legacy of Qatar’s marine life. One of these activities is the game “Al-Dama”, a game that served as the first haven for recreation for divers, especially after the end of the fishing season with many strenuous activities.

On the game and what it represents at Darb AlSaai, Mr. Nasser Al-Khalifi said: “the game is a legacy game played by parents and grandparents after returning from the sea, ending the diving season and entering winter, in home gatherings and cafes. The organizing committee for Darb Al-Saai was keen to highlight the heritage life of the ancient Qatari fisherman and the magnitude of their suffering, setting up the game in “Qarqoor”, which are tent-shaped metal nets used for fishing.

The game is not only a recreational game, it is a way to teach young people how to fish and the dangers surrounding this work, and it was played in cafes in wooden chairs and is one of the most important and famous recreational activities that alowed one to exercise their mental abilities. In this regard, Mr. Nasser Al-Khelaifi explained that this game resembles chess in some of its rules, and is distinguished from it by some special rules imspired by the lives of parents and grandparents, which reflects planning, anticipating opponent movements and maintaining a high profile of mind and activity.

This game continues to appeal to many young Qataris, praised by Mr. Nasser Al-Khelaifi, who said that this game stimulates young people’s intelligence and maintains beneficial mental activity rather than electronic games that could be both dangerous and harmful due to the long hours it requires its audience to spend playing.