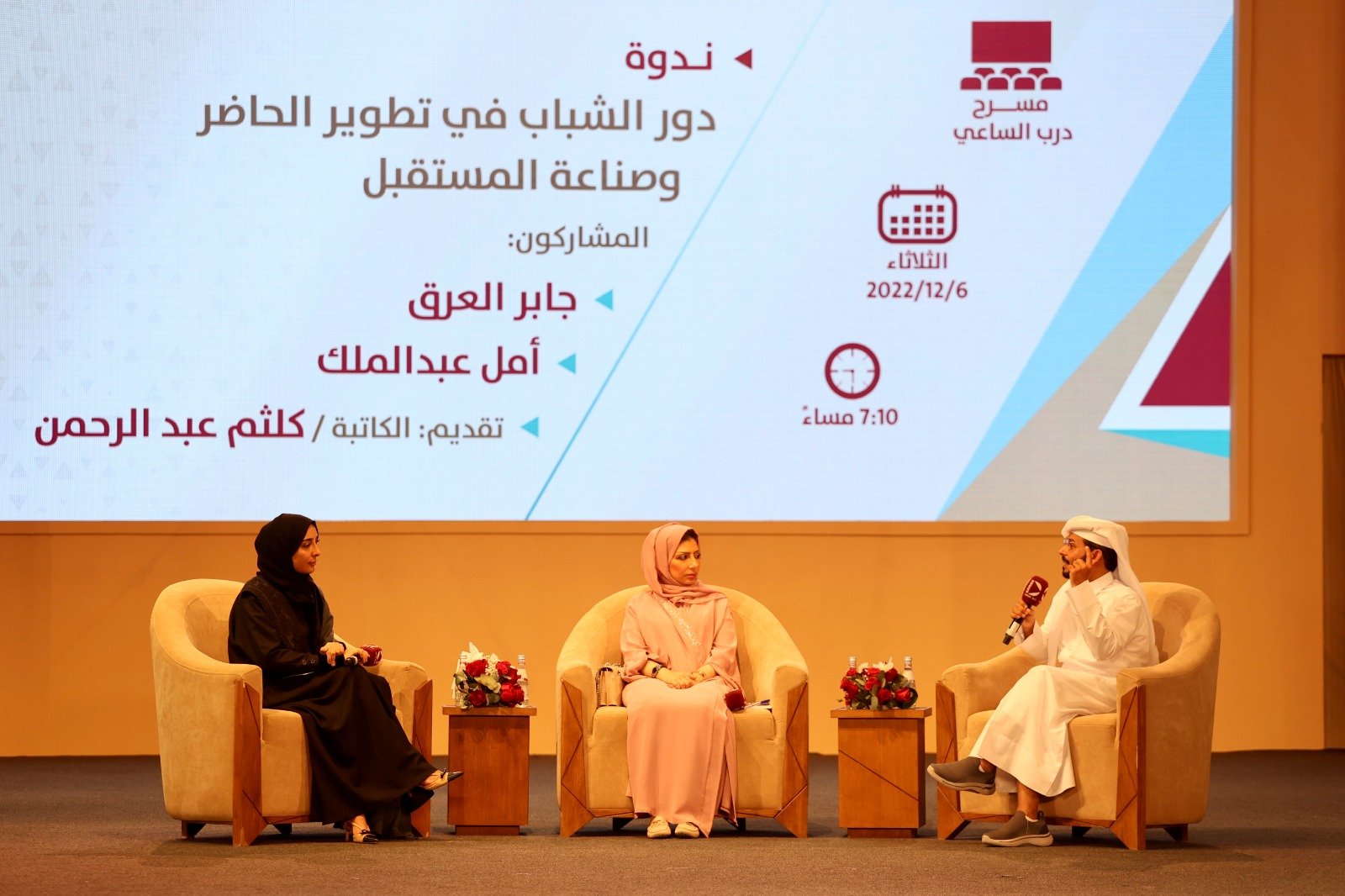 The role of youth in the development of the present, and making of the future… An intellectual seminar in the Main Theatre

The main theatre in Darb al-Saai hosted an intellectual and cultural symposium titled “The role of young people in the development of the present and the making of the future”. The symposium provided an educational and motivational aspect for young people to take their role in life and society, thereby contributing to the advancement of their reality and looking ahead and contributing to making it better at the collective level.

Mr. Jaber Al-Araq, adviser and instructor in the leadership industry, said during the lecture: The founding of the current generation needs a past to be launched through. Noting that the role of young people and the current generation in Qatar is highlighted through many events made by young people, including Darb Al-Saai, noting that this is an extension of the past, he stressed that Qatari youth are excelling and rapidly evolving in the making of what looks like a very bright future, given the importance of adhering to the religious and social values, as well as equpipping one’s self with the two necessary tools of science and will.

On her part, the media personnel and public relations specialist Amal Abdul Malik, confirmed that preserving the legacy is the most important feature of the development of the present and the industry of the future. She commended the Ministry of Culture’s presentation through the celebrations of the National Day of Darb Al-Saai and the accompanying events that evoked the authentic Qatari heritage and culture.