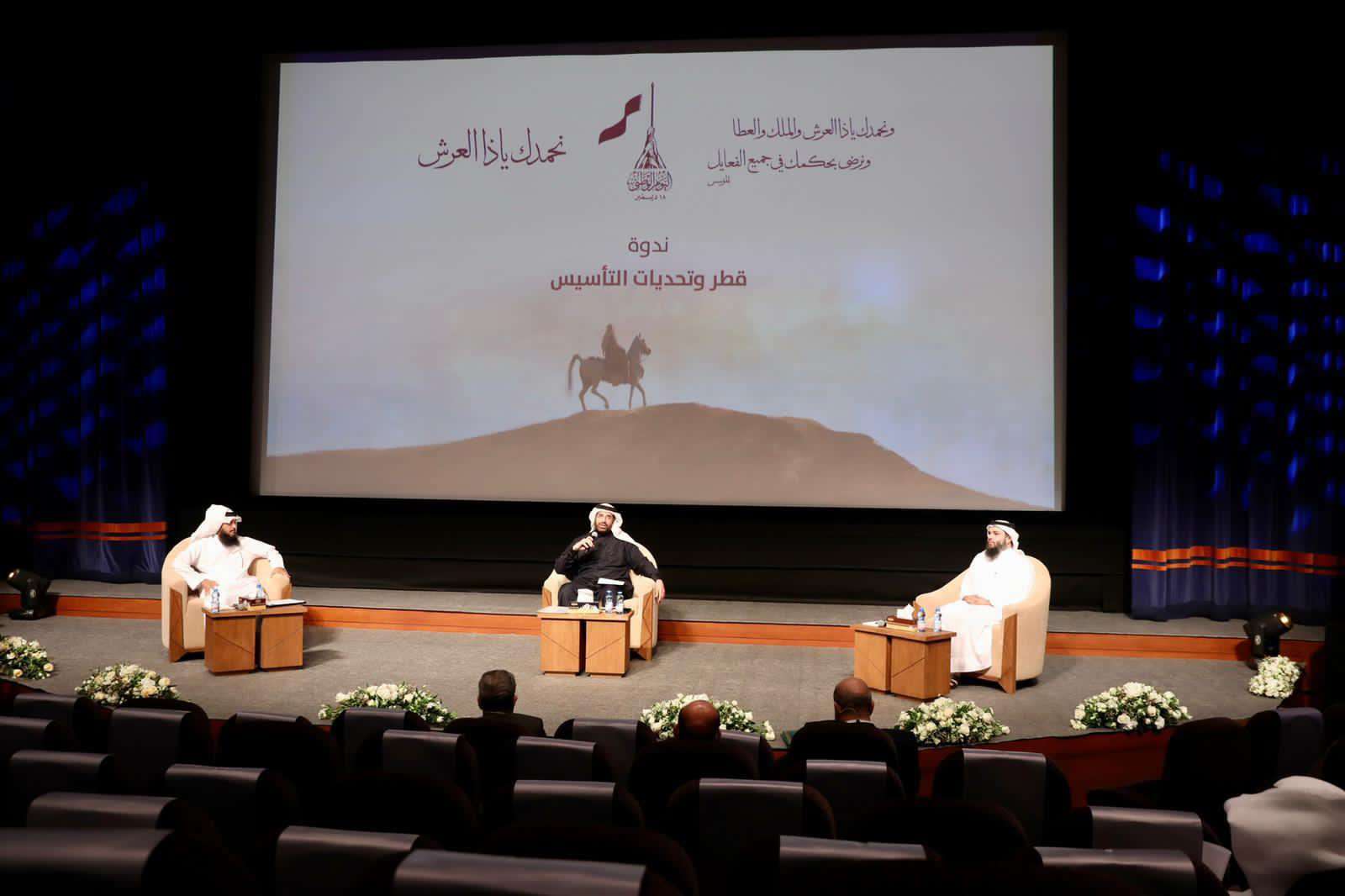 The Discussion Panel “Qatar and Establishment Challenges” Recalls the Path of Former Founders.

The Organizing Committee of Qatar National Day celebrations held a discussion panel titled ” Qatar and Establishment Challenges” in its preparation of 2020 Qatar National Day celebration, and keening to approach the major historical events that formed the history of Qatar.
The discussion panel, that was taking place in Qatar National Theatre, covered the aspects of modern history of Qatar by reviewing the historical period of early 19th century up to the present.
The discussion panel, including a set of topics, aimed to deepen the knowledge of the challenges that faced the State of Qatar in the first stage of its establishment, and its extended effect on our present. In addition, it provided a modern views of historical events in the light of contemporary changes.

The first day of the discussion panel witnessed a presentation of two sessions. It dealt with the history of Qatar in the pre-founding period. In  1st part of the session, the lecturerMohammed Hammam Fekri presented a bibliographical study of the era of ” Sheikh Jassim Bin Mohammed Bin Thani – founder of the State of Qatar”. In which, he discussed the presence of Sheikh Jassim Bin Mohammed in the sources, that he limited these resources to local and foreign documents, especially British and Turkish published and unpublished ones, and collections of poetry that he described it as oral narration. He mentioned that Qatar history depends on these oral narration during gathering due to lack of papers and printing materials, that where only used in printing money papers, official documents, references (Arabic and Foreign books), published articles, and oral narration.

Whereas, the 2nd part of the session entitled “Sheikh Muhammad bin Thani- Features of Biography and Achievement”. It presented by Professor Muhammad Al-Mahmoud Al-Droubi, in which he said “ this historical figure was literally a man of war and peace, citing some of his achievements during his ruling era.
While the third session, covered the period of Qatar during its establishment. In 1st part of the session, H.E Dr Sheikh Khalid bin Mohamed bin Ghanem al-Thani presented a paper entitled “Days in History of Qatar-Causes and Results”, while in 2nd part of the session, HE Mr. Salah Bin Ghanem Al Ali  presented a paper entitled “ Qatar Strategy in Facing Challenges”.