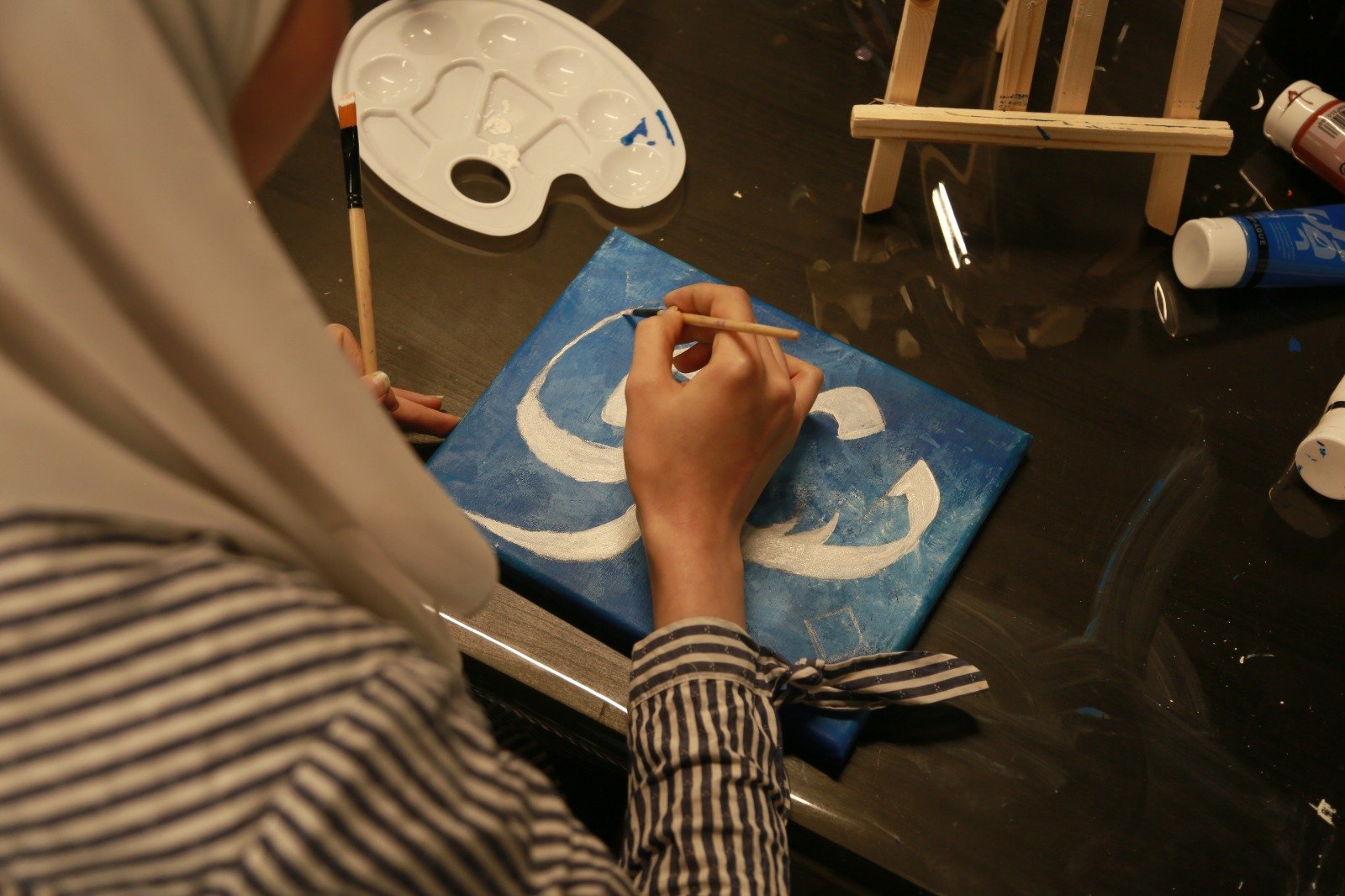 The Arabic calligraphy workshops in Liwan Al-Fan in Darb Al-Saai continues to witness a large turnout, particularly those visiting Qatar for the World Cup 2022. Mr. Youssef Schlar, one of the calligraphers and workshop presenters, said that the distinctive shape of Arabic letters in harmonious and inclined forms catches the eye, and noted that a delegation of Argentina fans had visited Liwan Al-Fan, and they tried to write their names in Arabic as a memory from the State of Qatar and from the World Cup. The letters with aan arch (cup-shaped), such as “ن”, “ت”, and “ث”, attract them greatly because of their unique and interesting shape.

Schlar explained that one of the most attractive letters for tourists is the letter “خ” representing the sound “Kha” because some names such as José (pronounces Khose), Juaolo (Khauolo) and Alejandro (Alekhandro) usually use the letter “J” to represent such sound, which provoked their curiousity and intrigued them. On his part, Mr. Mostafa Amin, an Arabic calligrapher, stressed that the appeal of non-Arabic communities to Arabic letters is tangible because the drawing of each letter attracts tourists, adding that there is a large demand for Arabic Caligraphy courses and the writing of foreign names in letters.