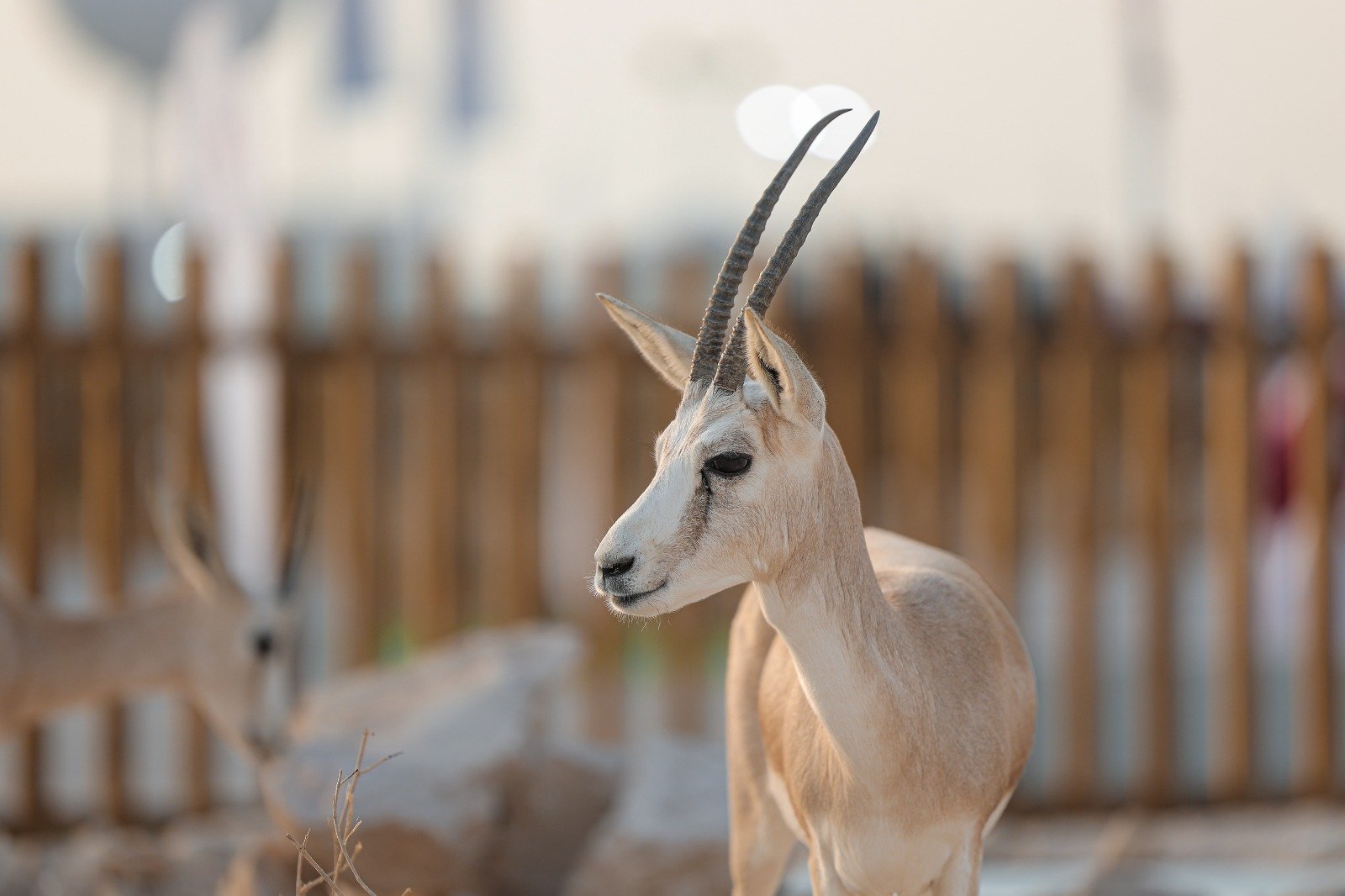 The Arabian Oryx film event at Darb Al-Saai witnesses a great turnout from families, as large numbers of them attend daily to watch the film that tells the story of the life cycle of the Oryx, which is one of the distinctive signs of the Qatari environment. The Organizing Committee for the National Day celebrations has provided the appropriate vibes for visitors to Darb Al-Saai to enjoy watching the movie, with a large cinema screen and comfortable seats. In addition, there is a group of Arabian Oryx animals next to the film screening area to allow visitors to take photos with them.

Salem Hussain Al Safran, Assistant Director of the Natural Reserves Department at the Ministry of Environment and Climate Change, who is in charge of the event, said that the aim of the Oryx film is to shed light on this endangered animal and introduce the public and visitors to Darb Al Saai about the Oryx as a Qatari heritage, in the form of a story between a mother and her newborn. Where the film deals with the life cycle of this animal collectively, the nature of the land in which it lives and its harmony with the rest of the animals in that environment, and reveals how the mother helps her newborn how to coexist with the surrounding environment.

Al Safran added that this animal has an important symbolism in the State of Qatar, and was chosen as a logo for Qatar Airways for example, so the state pays great attention to it, creating a lot of reserves for it to keep it from extinction.

He noted that the first thing the State did to preserve this animal was to establish the Al-Maha Proliferation Centre in 1979 at Shehaniyah Farm. The second reserve, Asherj Reserve, was established in northern Qatar in 1991. In 1997, the Al-Mas’habeya Reserve was established in southwestern Qatar close to the Qatari-Saudi border, to which this animal was transported in order to breed naturally. In addition to studying these new locations as fit for purpose, because of its different terrain, as differences were seen between animals living in different places depending on their nature. That helped Qatar figure out the right environment for this animal.

The Assistant Director of the Department of Nature Reserves said that a special team of veterinary doctors, nurses and assistants have been hired to ensure these animals stay healthy, in addition to carrying out an annual immunization operation for them to overcome potential diseases. He added: “There are programmes carried out by the Ministry for the the Arabic Oryx, including the Genetic Footprint Programme, which is designed to focus on the proliferation of good quality of these animals, the genetic footprint identifies each species and gives it a special number, after which samples of a number of oryx’s heads are taken and tested in cooperation with Weill Cornell University of Medicine to determine the breeding chain that will mate annually. In order to produce a generation that can withstand extreme conditions, in addition to preserving the shape and aesthetic of this animal.