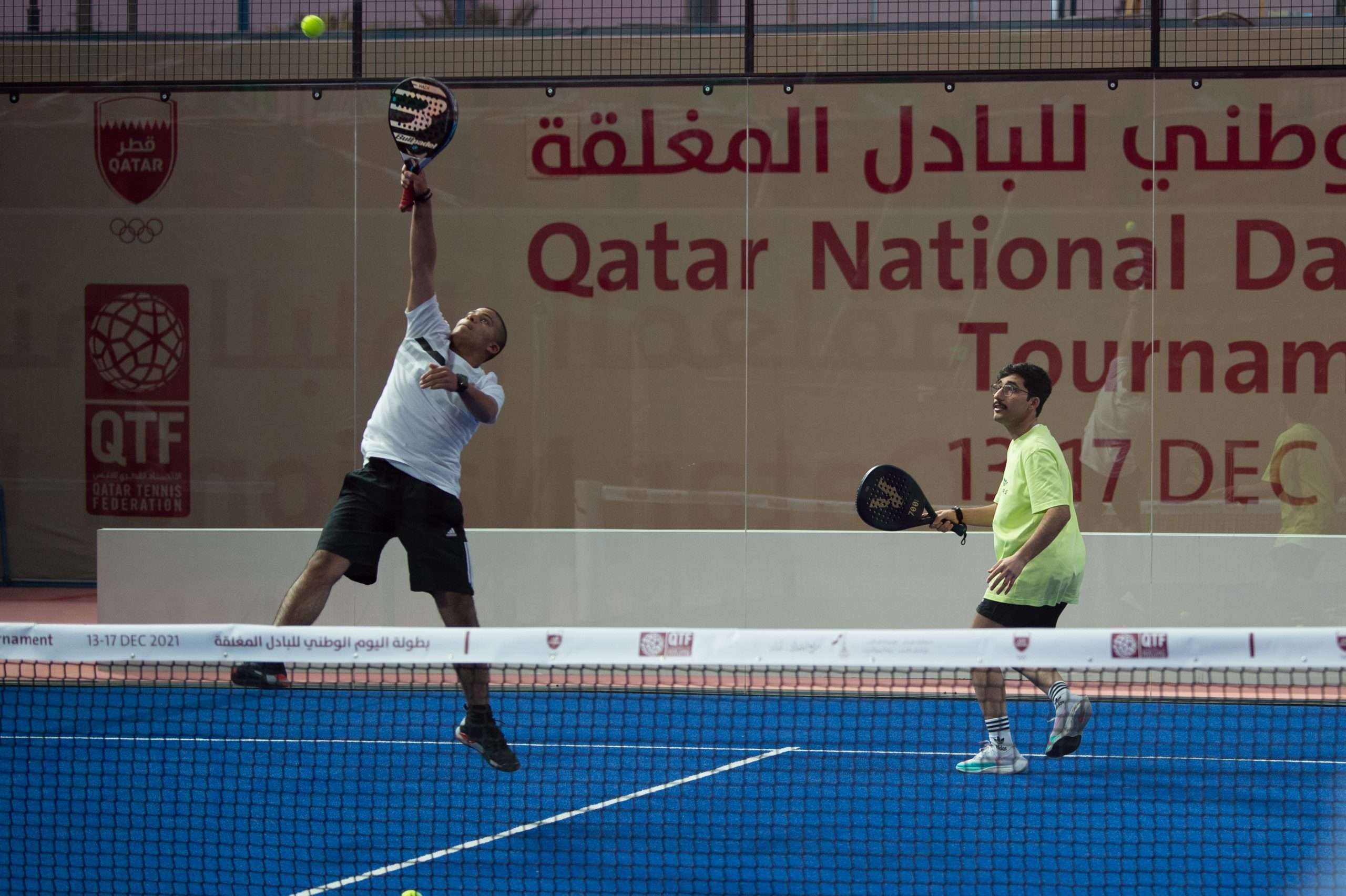 The competitions for the Qatar National Day Padel Tournament, organized by the Qatar Tennis, Squash and Badminton Federation, have begun to enter their crucial stages with the start of the quarter-final matches in some of the competing categories.

Organized by the Federation for the first time, this championship comes with the support of the State National Day Celebrations Organizing Committee and the Qatar Olympic Committee.

The Qatari duo, consisting of Faisal Al Qatani and Nayef Al Yafei, reached the quarter-finals of the men’s competition for category “B”, after defeating the duo consisting of Abdulaziz Al-Mohannadi and Youssef Al-Kuwari, 9 to 4.

The duo consisting of Hassan Al-Mannai and Sultan Al-Maliki also booked their seats in the third round of this category, after defeating the doubles consisting of Muhammad Al-Hajri and Muhammad Al-Buainain, with a score of 9 to two.