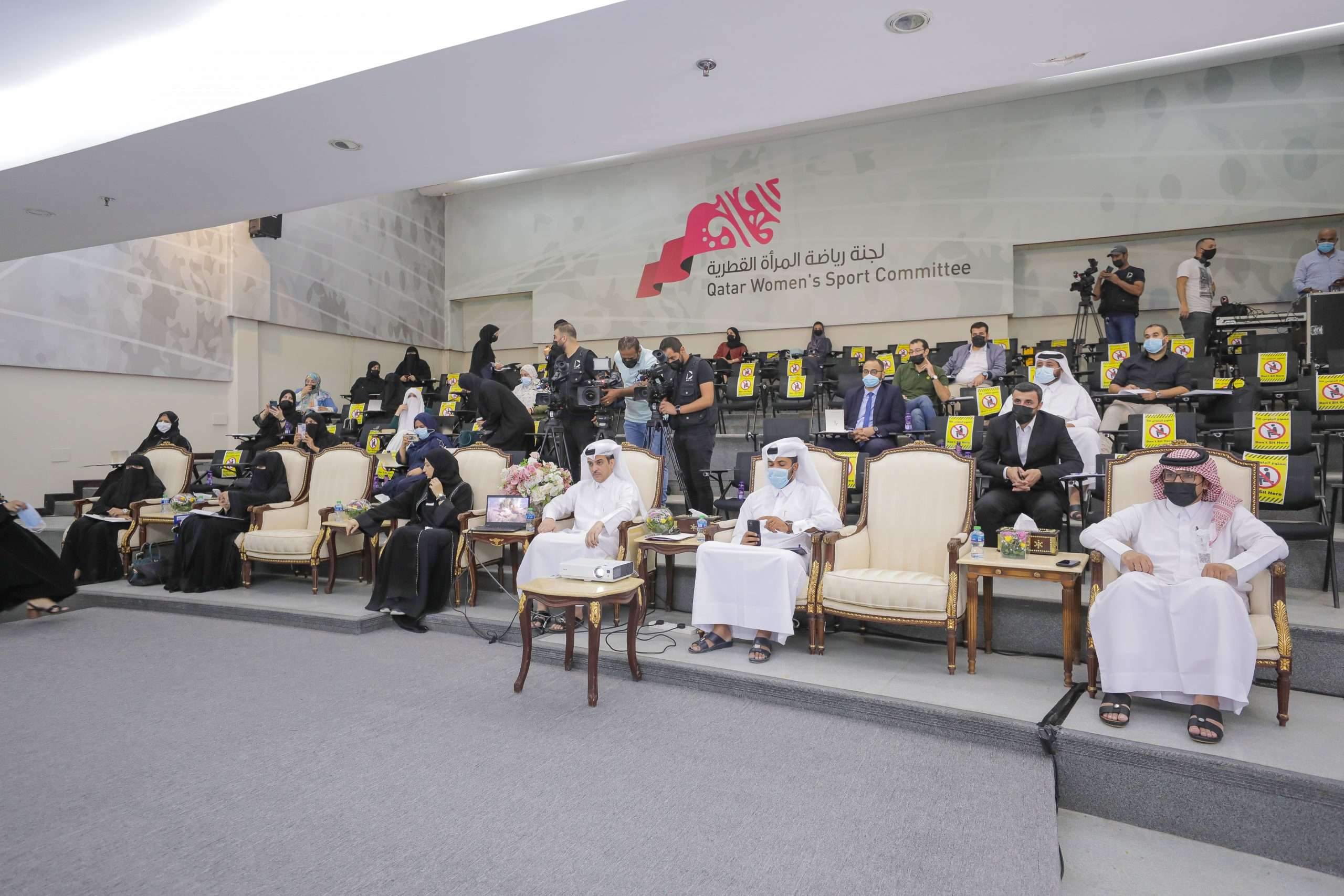 The Qatar National Day Celebrations Organizing Committee (QNDCOC) held yesterday, Tuesday, November 9, 2021, a meeting for schools, in which students were introduced to this year’s events under the slogan of “Ancestral Meadows: A Matter of Trust.” The meeting was aimed at promoting the national values of loyalty, solidarity, unity and pride in the Qatari national identity. It also emphasized the Committee’s values ​​of participation, inspiration, creativity and transparency.

The meeting comes within the framework of the Committee’s preparations for the National Day celebrations, which will be held this year under the slogan of “Ancestral Meadows: A Matter of Trust.” The slogan is taken from one of the poems by the founder Sheikh Jassim bin Muhammad bin Thani, may his soul rest in peace.

The slogan reflects the aspirations for the National Day that extend well beyond the QND celebrations themselves. It also highlights the role of national symbols in bringing together all members of society, by focusing on highlighting their principles and values, as embodied by the founder Sheikh Jassim bin Mohammed bin Thani, may God rest his soul.

The story of the National Day 2021 slogan shows that Qataris have been closely linked to their environment since ancient times, and that they were raised and influenced by its characteristics. They lived in harmony with its difficult nature and terrain all year long until it formed an important and influential part in their existence and shaped their personality and identity.

Leading the meeting, Mr. Farhoud Al-Hajri, Director of the Friends of the Environment Center, said that the meeting yesterday showcased the criteria for participation in the upcoming event. He also pointed out that the event will feature school students in areas of agriculture and recycling.

Mr. Farhoud Al-Hajri pointed out that the event will hopefully lead to raising students’ level of environmental awareness and promoting environmental sustainability, based on the Qatar National Day 2021 slogan: “Ancestral Meadows: A Matter of Trust.”

Consolidating the concept of environmental sustainability

In turn, Mrs. Samira Al-Yazidi, Head of the Education Sector Department at the SNDCOC, said that yesterday’s preliminary meeting was attended by the participating schools, in addition to representatives from the Friends of the Environment Center as an event partner. During the meeting, schools were introduced to the mechanisms associated with the upcoming event and its general objective, which reflects the interest and passion of our Qatari children, and their love for the environment, which is clear through their own initiatives in various environmental areas.

She added that the event will bring together environmental entrepreneurs and young people, with the aim of instilling the concept of trust between generations, and guiding the younger generations on better practices in regards to natural resources, in order to consolidate the concept of environmental sustainability, and to achieve the vision of Qatar 2030, specifically with regard to the fourth vision on the environment and preserving traditions.

This event will bring together environmental entrepreneurs and young people to provide them with environmental skills and behavior to protect and preserve the environment, and guide them to the best use of natural resources. Again, the aim is to consolidate the concept of environmental sustainability and achieve Qatar Vision 2030. It also aims to promote the Qatari national identity through preservation of religious and cultural traditions.