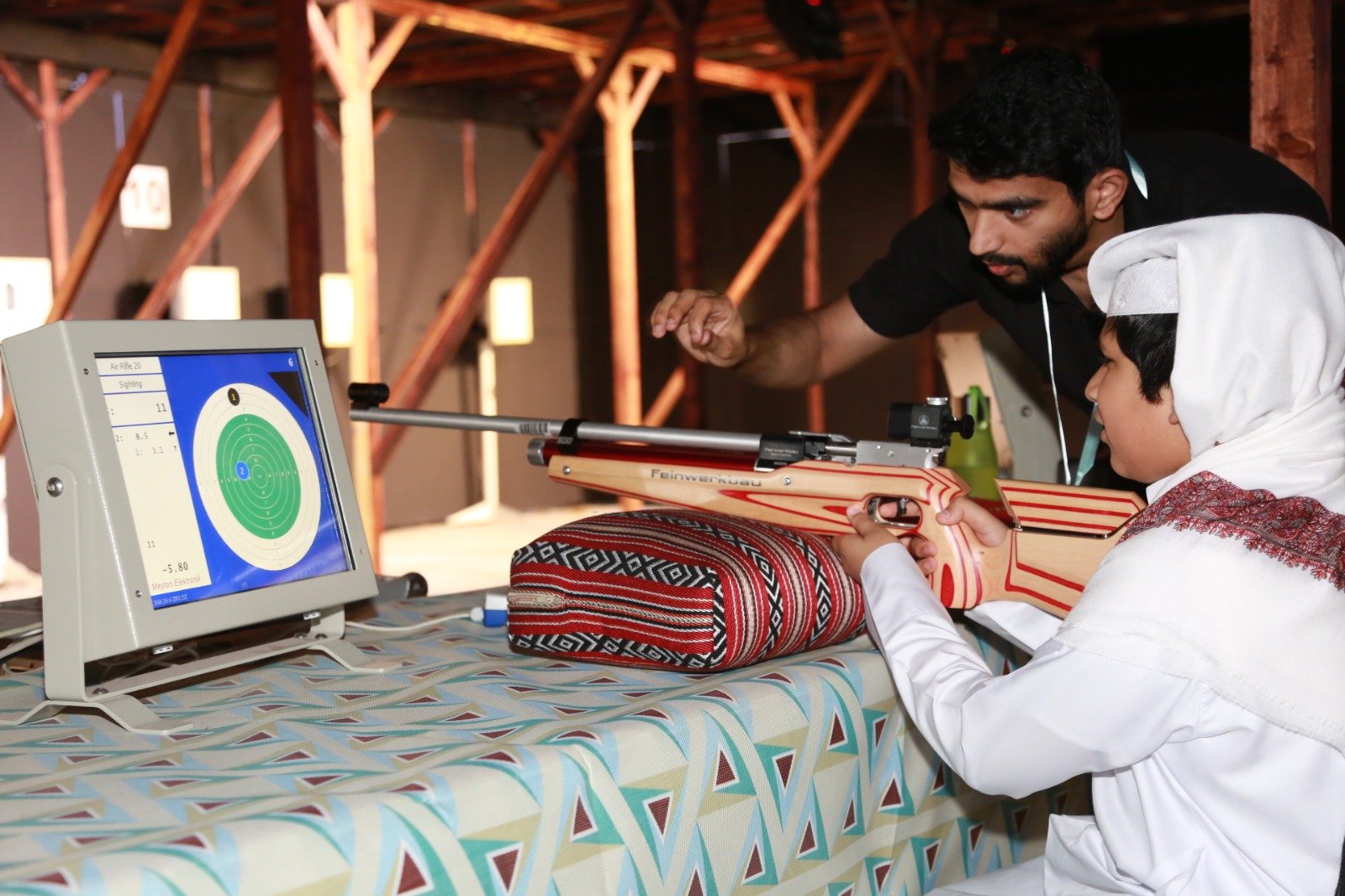 Young visitors to Darb Al-Saai stand in a long line to reserve their turns in the shooting game, including Ali, a Qatari citizen, who visited Darb Al-Saai events and activities for the third time during the celebrations of National Day, where he stood in a queue of young people waiting for his turn to participate in this particular activity at Darb Al-Saai. Shooting is called “Al-Nasa” in the popular Qatari terminology, which is the art of shooting that has turned into a sport that has made its way to the world.

Ali has finished shooting the targets with an acceptable result, whether it was with a rifle or a bow and arrow. He recorded his results on the “passport” granted by the Darb Al-Saai management for children and youth, to document their participation in all activities and motivate them to pass on all sides of Darb Al Saai. He said that he enjoyed his participation very much, especially as he recalled the heritage of the ancestors in this authentic sport.