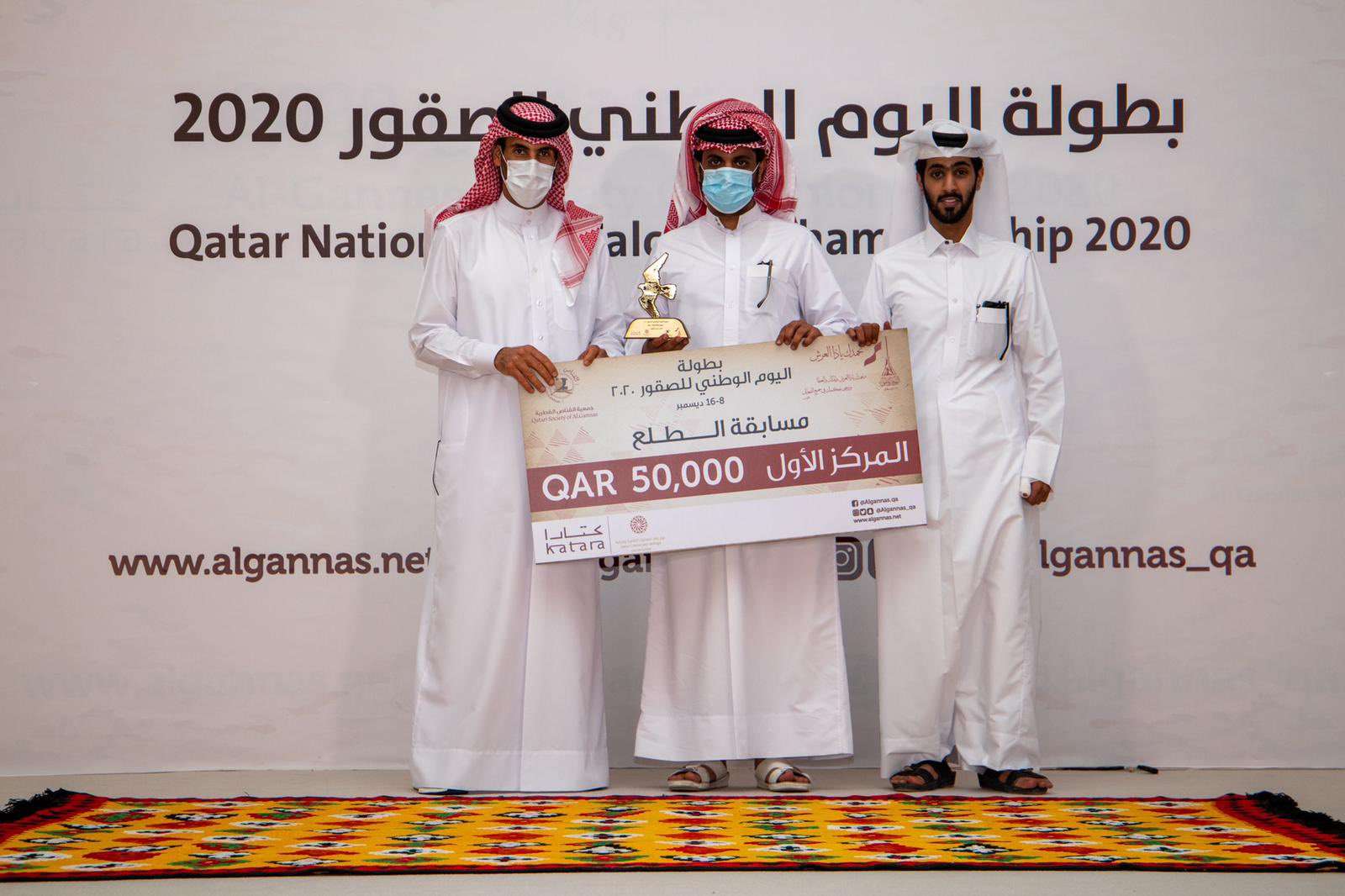 The Qatar National Day Falconry Championship (2020), that organized by the Qatari Society of Al Gannas with the support of the Organizing Committee of Qatar National Day Celebrations 2020 and under the supervision of the Qatar Center for Cultural and Heritage Events, concluded its activities y
esterday evening in Sabkhat Marmi at Sealine and Aba Al Qararis at Al khor.

The last day of the tournament witnessed strong competition in the final of Al Talaa competition during the morning period  in Sabkhat Marmi at Sealine. In addition, it witnessed thrilled competitions in the final of Al Dawtournament, where the falcons for the first time reached in less than 16 seconds, especially via the falcon “Treff”, for the great falconer Abdulla Saeed Al Marri, that achieved a time of 15 seconds and 873 milliseconds, and gave it the title of Al Daw “Free Gir Chick” category.

At the end of the final competitions, the Vice-Chairman of the Board of Directors of the Qatari Society of Al Gannas Muhammad bin Abdul Latif Al Misnad, crowned the winners in all competitions during the ceremony that attended by Mr. Salem bin Khajim Al-Athbi, the General Supervisor of Qatar National Day for falconry Championship.