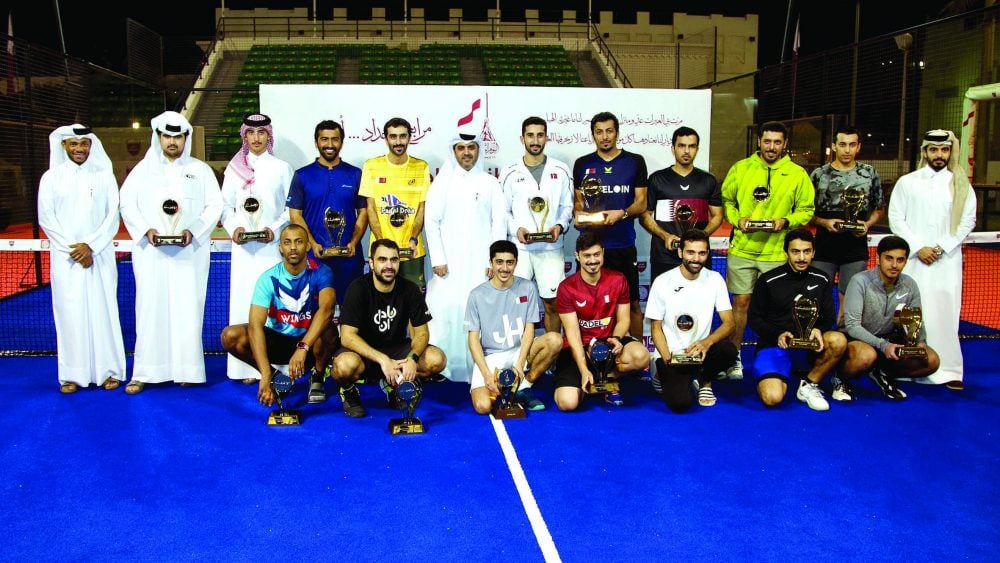 The event was organized by the Qatar Tennis, Squash and Badminton Federation (QTSBF) under the auspices of the State National Day Celebrations Organizing Committee and the QOC.

Abdullah Kafoud and Ahmed Al Baker claimed the title of Category (B) after beating Fahad Al Thani and Mohammed Al Thani in the final match while Ahmad Al Mohammadi and Abdulaziz Zainal won the title of Group (C) following their victory over Abdulla Al Adsani and Hamad Al Hammadi.

On this occasion the QTSBF Secretary-General Zainal said: “Qatar National Day Close Padel Tournament comes in light of the country’s national day celebrations. This type of events will help boost the togetherness of our beloved nation as they are bringing together the whole community not only professional athletes” Al Motawa who claimed the title of Category (A) thanked the QOC, the QTSBF and the State National Day Celebrations Organizing Committee for holding this tournament to mark our national day.

Al Motawa also lauded the huge success of the event and growing popularity of Padel and Qatar and the whole world.

Kafoud who hoisted the trophy of Category (B) said: “I am very happy for winning the title of (B) category as this level of organization and support for Padel in Qatar is phenomenal and we look forward to many more such events for Padel in the future.”

The game of Padel is a sport that combines the best elements of tennis and squash, which turned out to be one of the fastest growing sports in the world, especially in Qatar after hosting the 2021 edition of World Padel Championship last month where Spain claimed the title of Men’s and Women’s events.