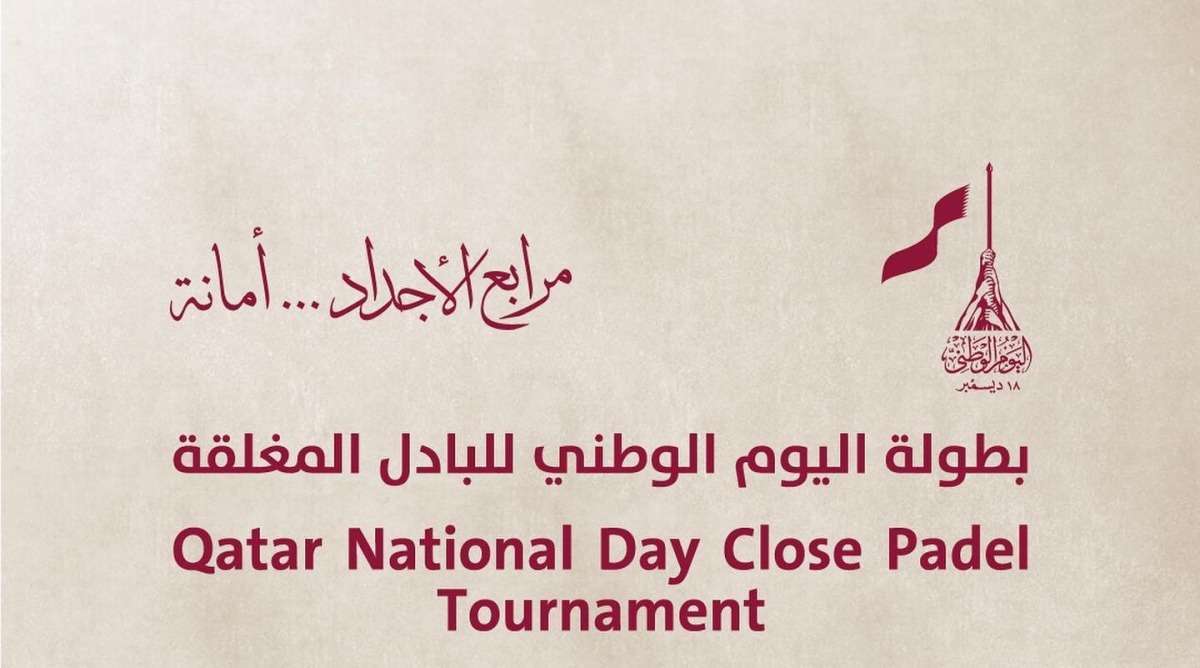 Under the sponsorship of the State National Day Celebrations Organizing Committee and the Qatar Olympic Committee (QOC), the Qatar Tennis, Squash and Badminton Federation (QTSBF) has organized the Qatar National Day Close Padel Tournament from December 13-17, 2021 which began on Monday.

The Khalifa International Tennis and Squash Complex is hosting the Men’s and Juniors U18 events while the Women’s event is being staged at Ali bin Hamad Al Attiyah arena at Al Sadd Sports Club.

The QOC supports this new padel tournament in light of the country’s celebration of National Day as the QOC is keen to participate in all national events to underline its positive role in local community and promote sport as an ideal way to mark Qatar’s national day.

The QOC Secretary-General HE Jassim bin Rashid Al Buenain, said, “We are proud to cooperate with the State National Day Celebrations Organizing Committee and the QTSBF to organize Qatar National Day Close Padel Tournament in light of the country’s national day celebrations. The new tournament will also contribute to the development of Padel in the state of Qatar.”

Al Buenain stressed that organizing this tournament will provide padel players with the opportunity to play in a competitive atmosphere and help promote padel in Qatar. He also lauded the important role of national institutions in supporting Qatar’s sport.

The game of padel is a sport that combines the best elements of tennis and squash, which turned out to be one of the fastest growing sports in the world, especially in Qatar after hosting the 2021 edition of World Padel Championship last month where Spain claimed the title of men’s and women’s events.