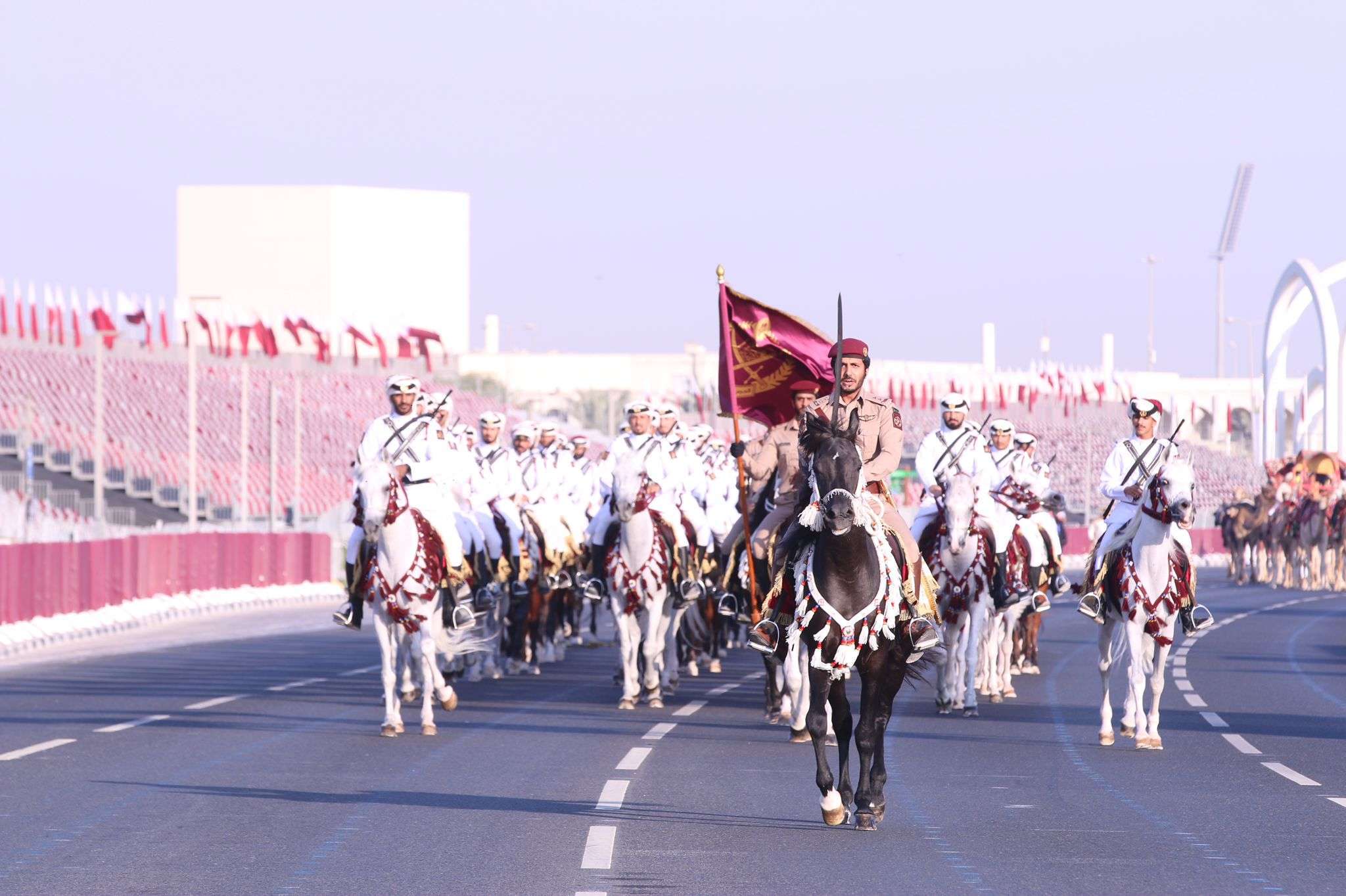 This year’s Qatar National Day will be full of exceptional shows, new surprises, and dazzling performances that reflect the Gulf nation’s culture and accomplishments.

However, the celebrations will be a little different to previous years. General Salem bin Fahd Al Ahbabi, Commander of the Military Performances and Music Center, Qatari Amiri Forces, said in an interview on Qatar TV that no military vehicles will be roaming during the parade on the Corniche for the first time in years.

“This year, we will not use military vehicles, and the reason is that there are other activities in the Corniche area, and this will be the same for 2022, one street will be for infantry show and the other street will be used for services only,” he explained.

However, there will still be a “dazzling and impressive” infantry parade, the official assured, as well lots of surprises – one of which is the participation of large naval vessels that have entered service, and a new aircraft.

“For the National Day parade, there will be great surprises, and I don’t want to reveal it, but there will be a special show for the first time, which I have never seen before anywhere in the world, especially in infantry,” he said.

“You will see something impressive. We presented this idea to the Minister of Defence and he approved the show in the parade and the infantry display will be extremely accurate and unconventional.”

Qatar’s national day is observed on 18 December and marks the day in which founding father Sheikh Jassim bin Mohammed Al Thani succeeded his father as the amir in 1878 to lead the country towards unity.

On this day each year, Qataris along with residents take to the streets to celebrate the country that they consider home. Many decorate their cars and homes, draping them with national flags, others take to the corniche to witness the annual parade and cheer on as planes show off acrobatic maneuvers overhead.

Katara will also have a spectacular infantry show that will reflect the country’s pride and celebratory spirit. Meanwhile, Souq Al Wakra and Souq Waqif will also feature several performances and shows to keep the community entertained.

“We have been ready for a while to share the joys to citizens on National Day celebrations, and what you saw in Katara is a performance by a group of infantry and this group has participated in several shows in Russia. You will see the performances of these groups in Katara, Souq Al Wakra and Souq Waqif,” Al-Ahbabi said.

“We are very prepared, and there will be surprises this year, taking into account the country’s hosting of the Arab Cup.”