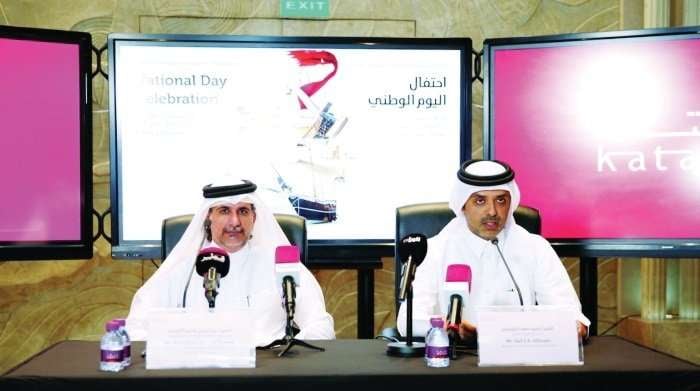 Katara Cultural Village has lined up nine-day festivities to mark the Qatar National Day from December 11 to December 19.

A major highlight of the celebrations is an opera titled “Citizens and expats- we are one,” to be staged on December 17 and December 19. There will be two shows on both days at 7pm and 9pm.

A high- tech planetarium, the first of its kind in Qatar, being set up at the Katara Cultural Village will open on the National Day (December 18) as part of the festivities.

There will be more than 45 events and activities over the nine days, including fireworks, opera, musical shows, parachuting, drone shows, cultural shows and other fun-filled activities.

‘ Through the National Day celebrations Katara strives to  promote the spirit of patriotism among the citizens  the acquaint the new generation with the rich history and traditions of our country,” said Al Sulaiti.

He added that the special opera seeks to strengthen the bond between Qataris and expatriates on the occasion of the National Day, considering the attachment of the expatriate communities to the host country and their valuable contributions to its progress and development.

He thanked all the companies and organisations supporting Katara’s Qatar National Day celebrations, including the Supreme Committee for Delivery and Legacy, Qatar Airways, Vodafone, among others.

The activities will take place from 4 pm to 10 pm at different venues at Katara beach, amphitheater and Katara Corniche.

Special forces participating in the celebration will display parachute jump on December 17 and December 19 from 4pm.

Drone show will take place for 10 minute with fireworks display on December 17 and December 19.

A band from the Police Training Institute at the Ministry of Interior will present national music performances. The Amiri Air Force will also participate in the activities.

The Bidaya Center will set up a cultural bazar from December 11 to December 19, featuring a wide range of native products such as clothes, perfumes and traditional cuisine.

Screening of a documentary film highlighting the co-existence between different expatriate communities in Qatar will be another highlight of the celebrations.

The activities will also include art competitions and workshops for children, exhibition of classic cars, art exhibitions, traditional Qatari dances and cultural shows, among others