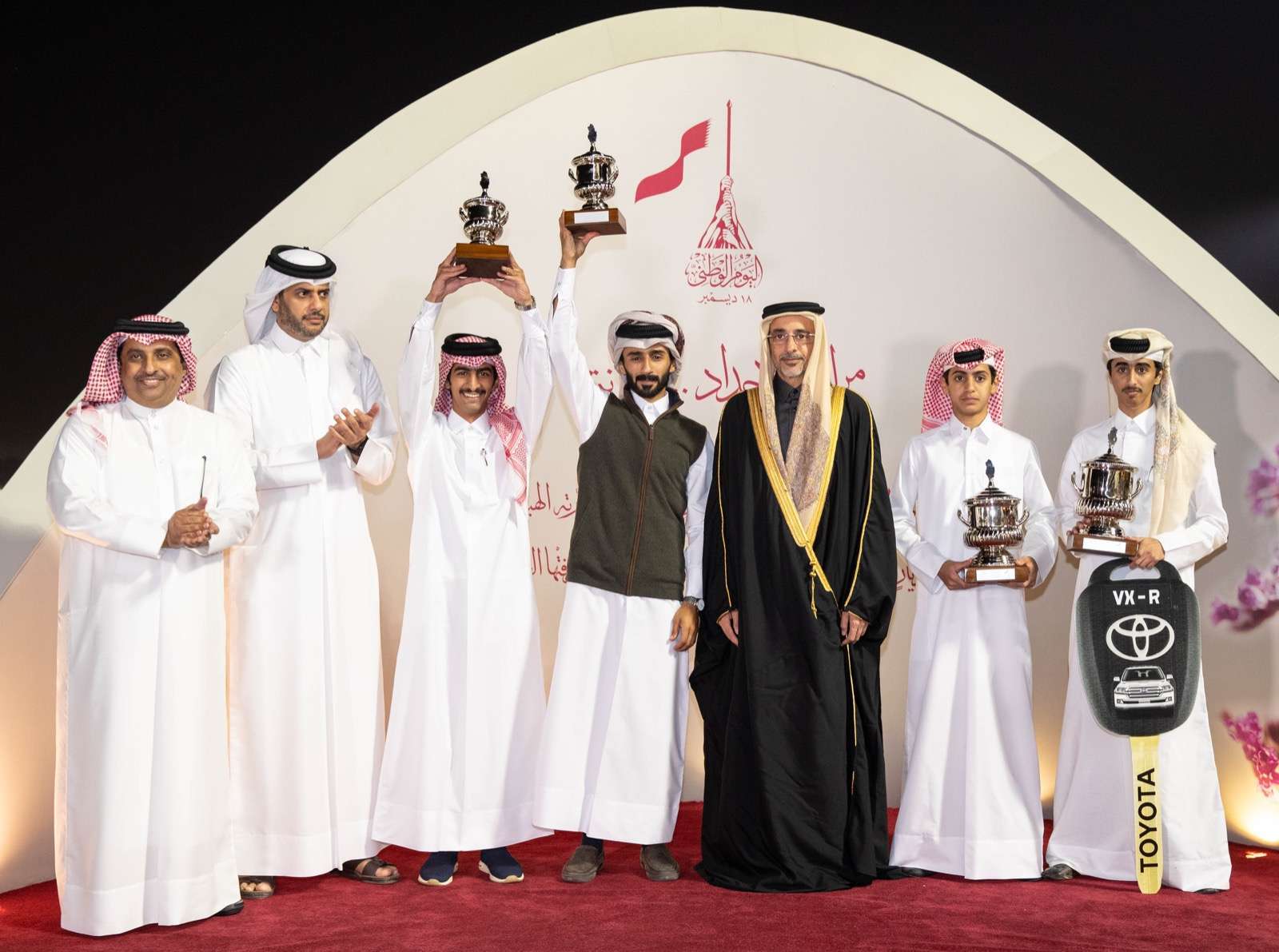 His Excellency Salah bin Ghanem Al-Ali, Minister of Sports and Youth, Chairman of the Organizing Committee for the National Day Celebrations, crowned the winners of the first places in the ninth round for the (Founder’s Cup) and the eighth for the (National Day Cup) in the 20th horse race of the current season, which was organized by the Racing and Equestrian Club in the evening Today on the grass track in Al Rayyan and included 9 runs on the occasion of the celebration of the National Day of the State.

The horse Mawarid, King of Al Shaqab Racing, under the supervision of coach Alban de Meyola, and led by the imagination, Sufian Saadi, won the Founder’s Award after winning the first place in the ninth race for purebred Arabian horses (second category) for a distance of 2,000 meters.

The “Equinox” pony, the king and production of Umm Qarn, snatched the victory of the Halul Island Cup (National Day Cup) after achieving first place in the eighth round, under the supervision of coach Alban de Meul and led by the imagination, Ronen Thomas.