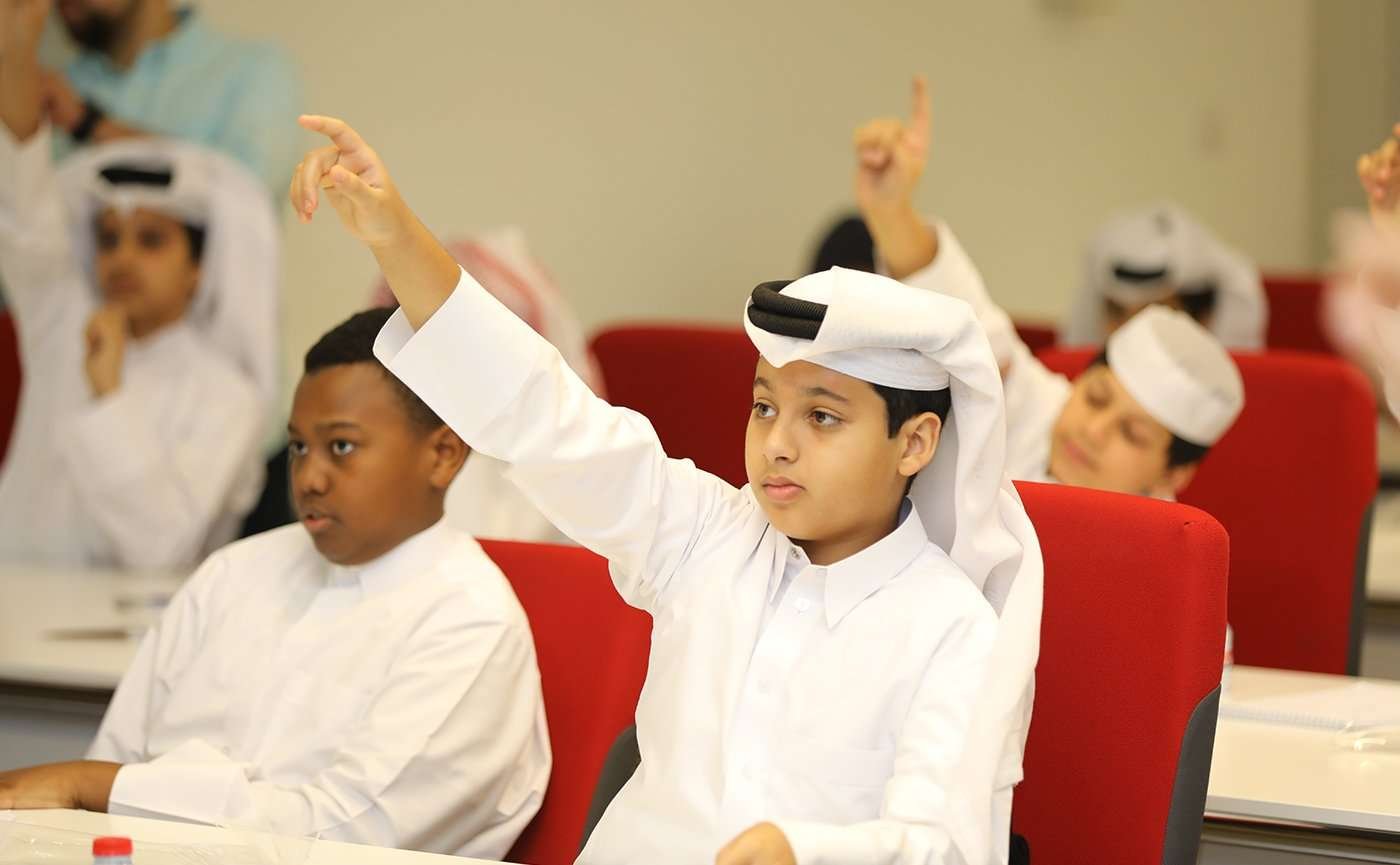 The National Day organizing committee 2018 has announced the launch of educational sector activities last September, during which the participants expressed their keenness to show their fingerprints of love to their country and loyalty to their wise leadership.

The educational activities came as part of the vision of the Qatar National Day which represents loyalty, unity and pride in the national identity of the State of Qatar. It also develops among participants the creativity and transparency.

The activities of the educational sector are also a confirmation of the National Day’s achievements and not for temporary excitement. It knows people about the national symbols, headed by the founder Sheikh Jassim and the principles and values of the society.

The main aim of organizing the activities is to strength the loyalty between the people and the leader, enhancing the cohesion between the citizens and residents of Qatar and to increase the pride of Qatar’s unity in every inch of its land.

It also apprises the present generation about the meaning of loyalty and unity through these activities, and to educate them about the heritage and the history of Qatar. The focus is only on the activities which are related to Qatar’s history and identity.

The National Day Organizing Committee is keen to hold many events. In the educational sector, students from schools will participate in activities including: reception of H H the Amir, Ardat hal Qatar, Qatar Debates, Ad Al-Qaseed, Almasrah (theater), Lmradah, and Aelami al Mustaqbal (journalists of the future).

The reception of H H the Amir (activity)

The aim of this event is to embody the meaning of belonging to the homeland and patriotism and to contribute to the development of the national sense among students.

The students will pay greetings to H H the Amir Sheikh Tamim bin Hamad Al Thani and for this activity, 1300 students representing 28 schools will participate with a sense of extreme happiness and pride.

The aim of this event is to raise the skills of children in performing Arda dance, and adherence to customs and traditions, especially as Ardat hal Qatar is a way to celebrate solidarity and social events in a way that exhibits values of pride and courage, and spread a lot of values in the hearts of students.

The target group of this event is the students from primary schools and the number of schools registered to this activity are 28 boys’ schools with a team of 28 students from each school. Only 84 students from three schools will be qualified for the final event.

This event aims to promote a culture of dialogue to prepare future leaders and also meant to enhance educational activities by developing critical thinking among school students in Qatar. This event also educates young people about communication and critical thinking. It also to assert that the debate as a tool that contributes to building an effective individual personality in educational institutions and then in society.

The first qualifying round will be held on November 18 and 19, and final qualifying will take place in December.

The aim of this activity is to revive the Qatari heritage and to introduce the youth about it to build bridges of communication between generations. Another aim is to enhance their national identity by deepening their loyalty and belonging to cultural heritage images that are part of the history of their country and society.

This event targets primary students (girls). The number of registered schools is 16 girls’ schools with 12 to 16 female students from each school, bringing the qualified number of students to 48.

The event started on September 18, where the trainers visited all the registered schools to prepare the participants, explain the basics about Lmradah, make sure the song was chosen to be memorized, according to the correct melody of the selected song.

The first phase of the event is aimed at training schools on two songs, then to select the best 6 schools out of all participating.

The aim of the activity is to preserve the people’s heritage, to honor and commemorate the poets of Qatar, to discover and refine the talents of the current generation and to present them to the media.

It targeted primary schools (boys and girls) and the number of schools registered reached to 85, with around 390 male and female students. The best 6 participants will be chosen (3 male students and 3 female students).

The aim of this event is to prepare a generation that is aware of the ethics of the profession, knowledge and trust and is able to overcome the great challenges to support the country towards achieving its National Vision 2030. As well, to educate children of the ethics of the media and honesty in the transfer and search for the truth.

This activity enhances the abilities of children in all media channels in the field of television, to produce programs and report news.

This event aims to promote identity and enhance the concept of teamwork, build capacity, including the ability to express, and discover talent to support the Qatari theater movement.

It targets students from the fourth, fifth and sixth grades of the model and private primary schools. Registration was open at 33 boys and girls schools. Out of these 33 schools, six schools will be selected for the them.