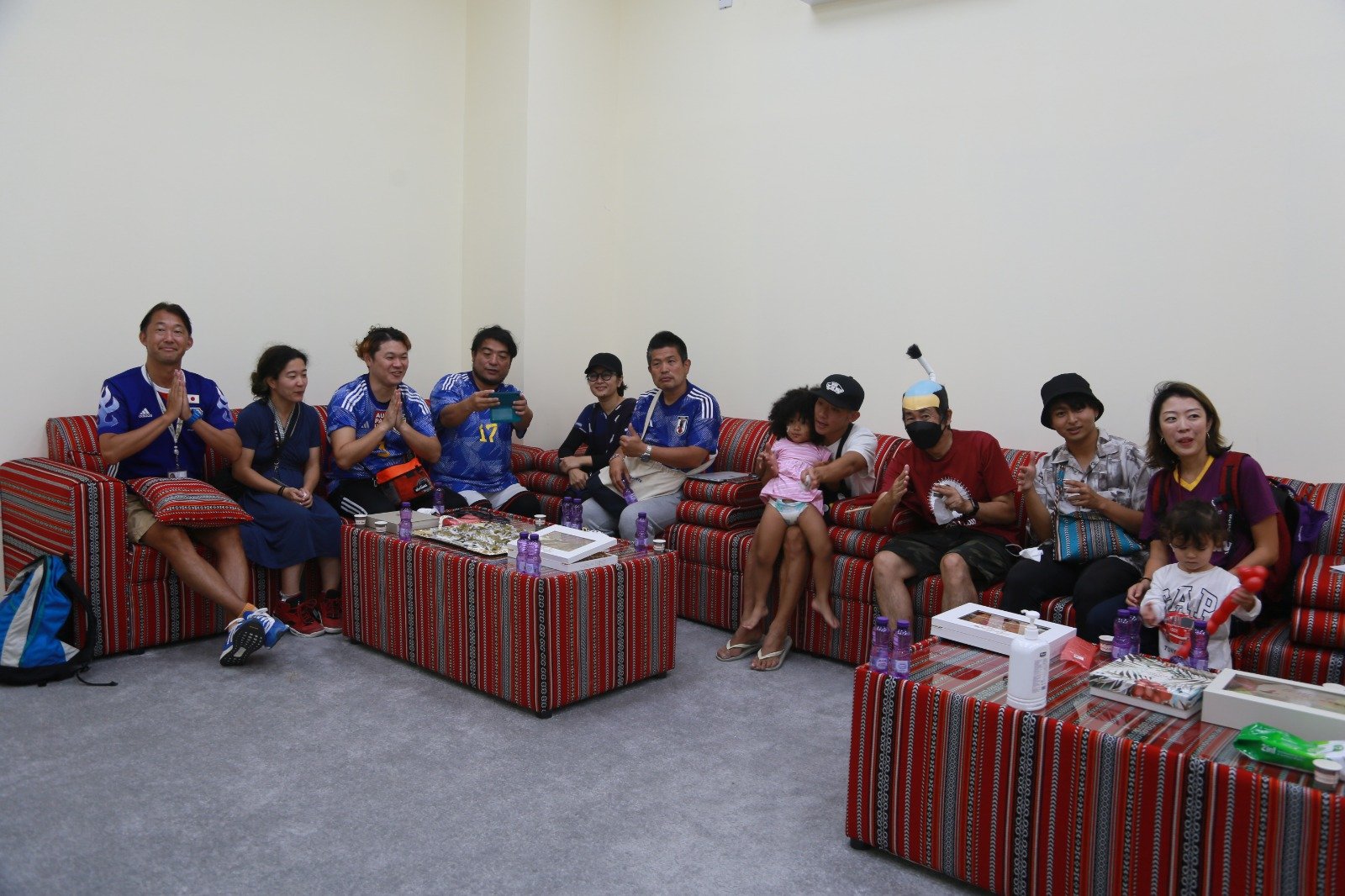 In an initiative to discover Qatari heritage and learn about the culture and customs of Qatari society, a Japanese delegation of World Cup fans visited our location. Visitors took part in watching events such as the Qatari parade and Al-Fajri Marine art, as well as witnessing “the science” event, and took part in camel and horse riding.

In this regard, Masak Kudi Hala, a Japanese fan, said “I came to Qatar to support the Japanese national team, my country’s national team, and despite their exit from the round of 16, I am very proud of how they performed throughout the tournament, defeating Germany and Spain”. He added that he enjoyed a great deal of this World Cup’s atmosphere. With regard to his Darb Al-Saai visit, time in his life, he noted that the Qatari culture and the public’s knowledge of Qatari and Arab heritage he was able to gain, customs and traditions had indeed dazzled him. He also commended the role of the State of Qatar and its extraordinary success in presenting an unforgettable version of this year’s World Cup. He pointed out that all Japanese audience in Qatar admired the World Cup atmosphere and the length to which they’ve been introduced to the Qatari and Arab culture, as well as that of the Islamic world.

Takoya Watanabel, another Japanese fan, said that he loved popular food and hot beverages in Qatar, such as karak, and that he had become keen to drink Karak on a daily basis while visiting touristic places in the country. He added that Qatar has achieved great successes this year in terms of the distinctive organization of the World Cup, and has indeed delivered the most important and outstanding tournament success in the history of the World Cup. With regard to the visit to Darb Al-Saai, he commended the idea of this forum, which has a unique atmosphere and is linked to the country’s culture, which he felt is very cherished by the Qatari people.