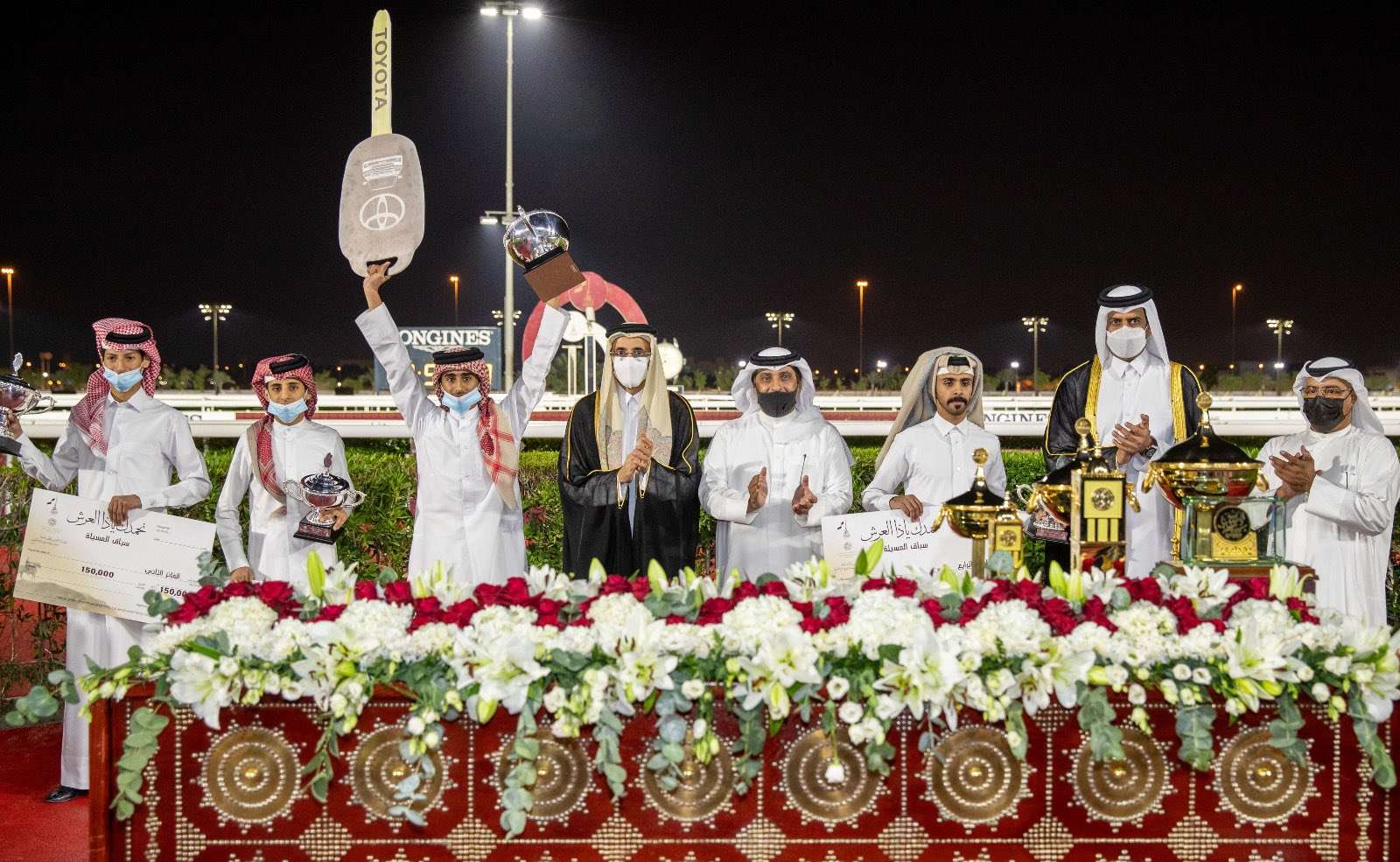 The knight Mohammed Al-Khayarin has won the first place in Masila Culture Race, that was taking place yesterday 14th Dec. 2020 at Racing & Equestrian Club, during the competing activities of National Day trophy and the Founder’s award. It is one of the competitions that gathers hundreds of followers.

The Knight Muhammad Al-Khayarin, won the first-place prize, a car provided by the Organizing Committee of Qatar National Day Celebrations. Where Saleh Al-Otaibi won the 2nd place, after a tough competition in the final race between the champion and the runner-up.

Before the final race was held, another race had held to determine the third-place winner. The knight Kurd Rashid Antar Al-Marri was the 3rd place winner, who outperforming the kight Rashid Ali Muhammad Al-Saaq, the 4th winner.

After the race, winners  were awarded by H.E Salah bin Ghanem Al Ali, Minister of Culture and Sports and Head of Organizing Committee of Qatar National Day, in the presence of Mr. Khalid bin Mohammed Al Ali, Board Member of Qatar Racing & Equestrian Club, and the Supervisor of Masila Culture Race.