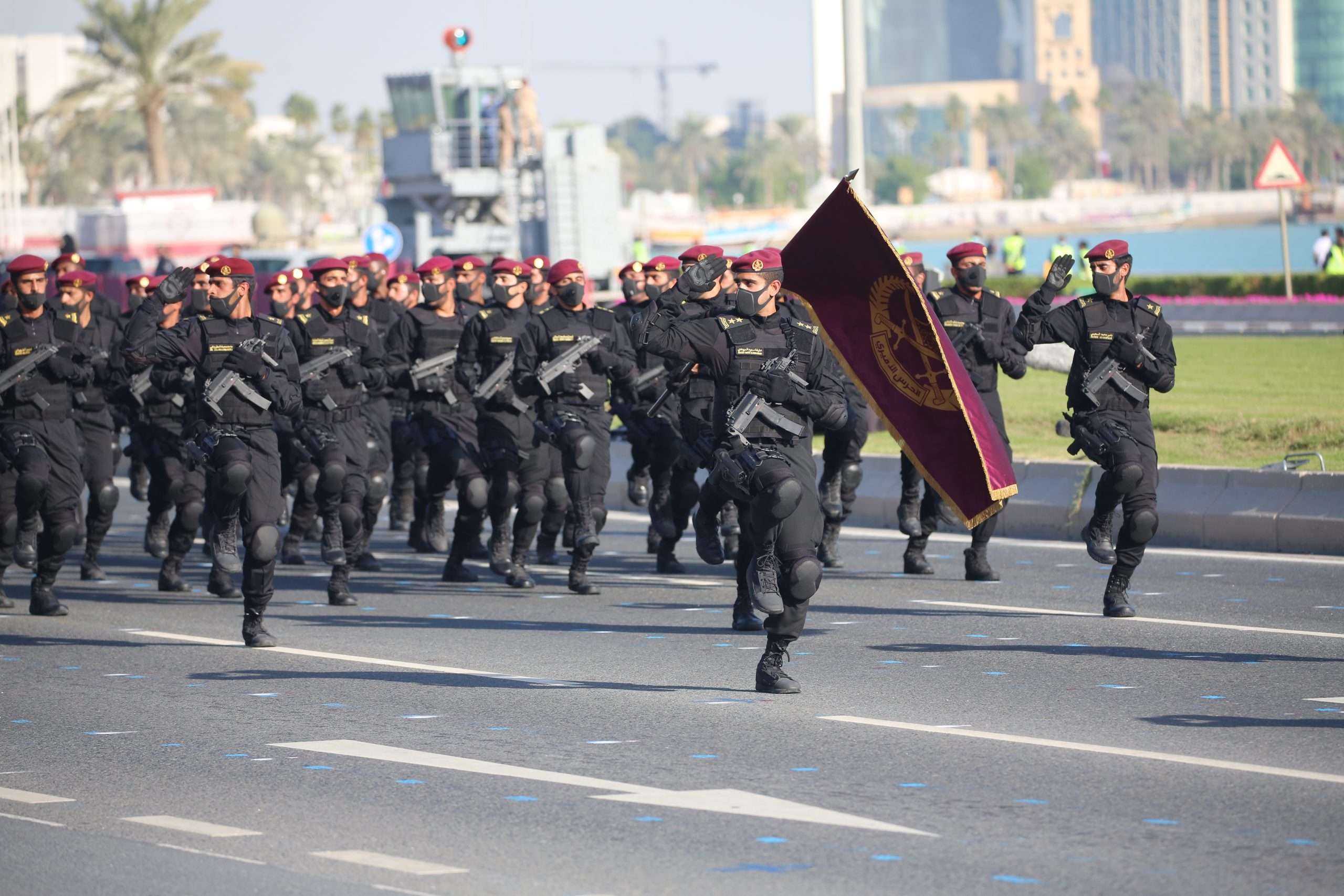 A Successful Rehearsal for the National Parade

The armed forces, the Emiri Guards, the Internal Security Force and the Ministry of Interior on the Doha Corniche, successfully rehearsed the military parade that will take place during the national parade next Friday morning, which coincides with the anniversary of the National Day on the eighteenth of December every year.

The military parade was attended by HE Dr. Khalid bin Muhammad Al-Attiyah, Deputy Prime Minister and Minister of State for Defense Affairs, Lieutenant General Pilot Ghanem bin Shaheen Al-Ghanim, Chief of Staff of the Armed Forces, and a number of leaders of the armed forces’ branches and units.

The rehearsal of the military parade began with the playing of the Amiri Peace, and then artillery fired “18” rounds, indicating the date of the celebration of the National Day on the 18 of December every year.

The parade was advanced for the first time by the White Army, consisting of doctors and nurses at Hamad Medical Corporation and volunteers who worked in combating the spread of the Coronavirus (COVID-19). Their advance indicates the State’s appreciation for their efforts to limit the spread of the pandemic.

Then, the various military divisions of the Armed Forces, the Amiri Guard, the Internal Security Force “Lekhwiya” and the Ministry of Interior forces with their various formations passed in front of the main stage.

The military parade was characterized by complete coordination and harmony between the participating forces. These forces represented the state as a single body, as a result of joint coordination as well as extensive and professional experience gained by the Military Parades Center, the body in charge of the national parade as well as the efforts of the Ministry of Defense and the country’s supreme leadership.

Military parades on the ground were preceded by parachutes over the Corniche sky and over the towers area, in which paratroopers from the Armed Forces and the Internal Security Force participated.