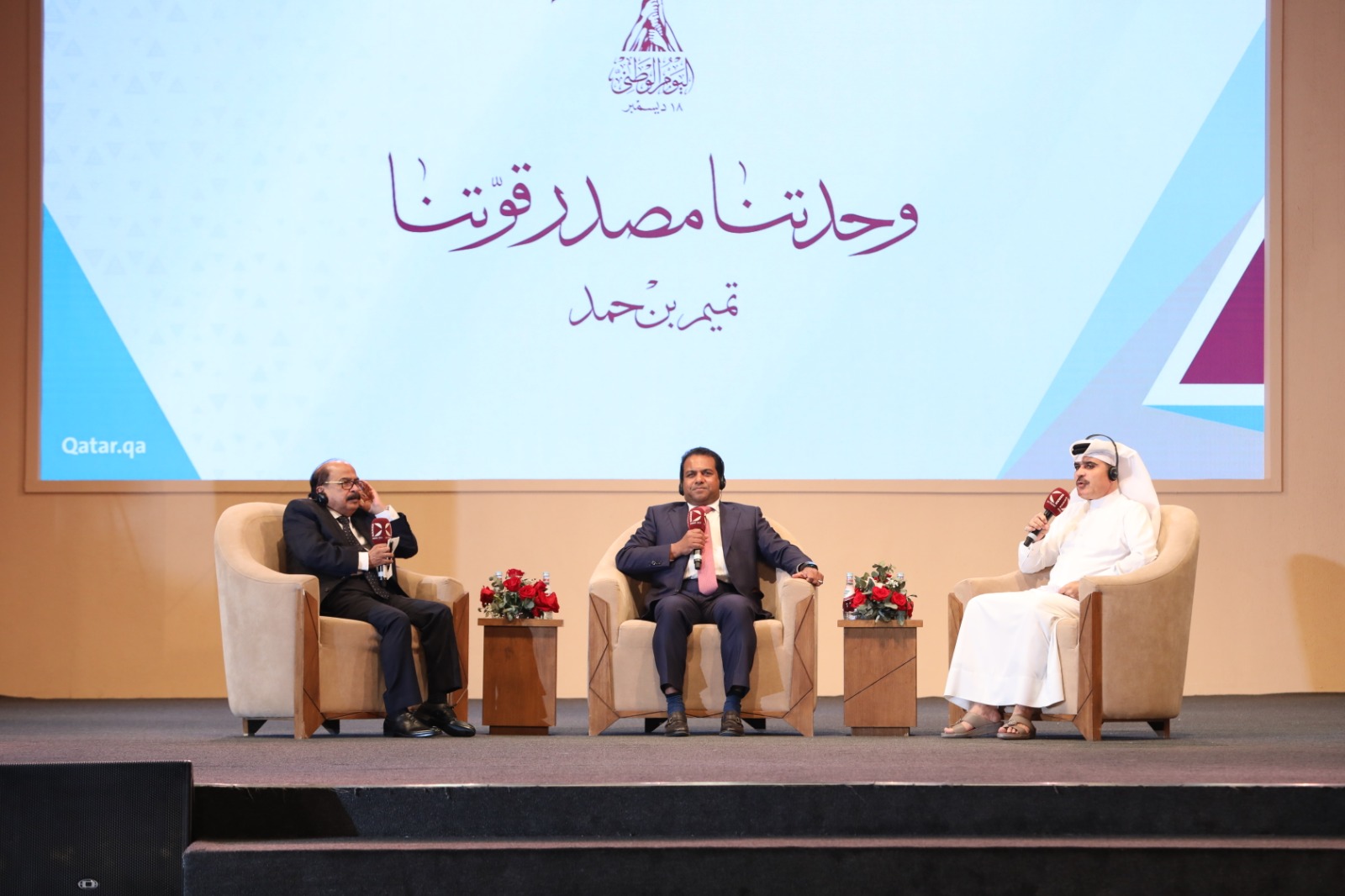 The cultural events at Darb Al-Saai organized a seminar under the title “Experiences of Non-Qataris Who Lived in Qatar”, during which the seminar reviewed the progress and development achieved by the State of Qatar in various fields.

The seminar moderated by Dr. Abdullah Faraj, and attended by Indian businessman Rabai Sherait, CEO of Jumbo Electronics Company Limited (LLC), and Dr. Muhammad Altaf, Director of the Lulu Group in Qatar, the seminar reviewed the interest of the Qatari leadership in finding all means for success in various fields, whether for citizens or residents in Qatar. They expressed their congratulations to the State of Qatar on the occasion of the National Day, which falls on December 18th of each year.

Indian businessman Rabai Sherait said: I have been living in Qatar for 42 years and I have been a witness to the progress of the State of Qatar day after day, noting that what it has achieved in all fields is respected, as it has provided an elegant civilized model, especially over the past twenty-five years, stressing that what Qatar has achieved is like a dream because it was advancing day by day, and this is respected by everyone. He explained that the progress included all fields such as health, education, sports, etc. He added that perhaps I am a lucky person because I came to Qatar, and he concluded his conversation by saying: Words are not enough to express my feelings and gratitude towards Qatar.

Dr. Muhammad Altaf said: Thanks to the unity of the Qatari people and their alignment behind their leadership. With hard working  and flexibility, Qatar succeeded and proved to the world that it is capable of achieving successes and dazzling the world. He added that the National Day of the State of Qatar is an important occasion for all of us, regardless of nationality. People who live in Qatar does not feel as they are strangers, but rather as if they are in their home.

He added that Qatar has showed an outstanding ability to organize major international events the most important of which is the World Cup, pointing out that he attended the three previous tournaments of the World Cup, so that FIFA World Cup Qatar 2022 came on the top of these three as an exceptional, most organized and safest tournament.