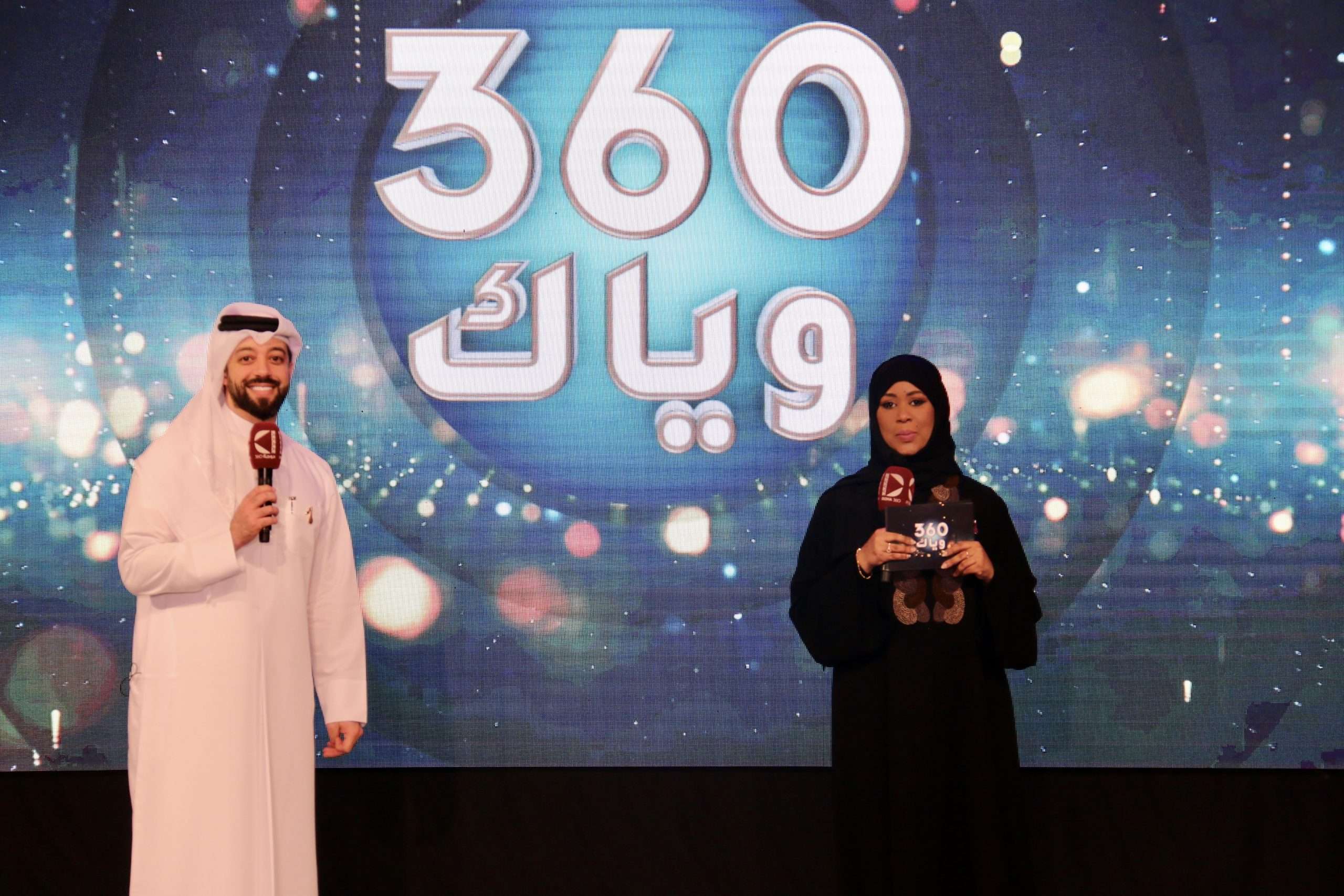 The 360 Wyak program team continues its series of episodes that have so far added an atmosphere of fun and entertainment to the National Day activities. The 360 Wyak platform in the Old Al-Wakra Souq is witnessing the presentation of a number of entertainment and educational episodes within this program, which has become widely popular since its launch.

Over the past two days, the program succeeded in bringing joy to the hearts of its viewers, which became a distinguishing feature that increased public interaction.

The duo Khaled Al Jumaili and Shaya Al Fadil, presenters of the program, called on the audience to actively participate in competitions held as part of the program. There was a heavy reliance on social media as the new norm for communication with the audience online, without having to attend in person.

During this program the host asks questions, to all followers on social media, to thrill their interaction and then receives their responses on the raised questions.

This program aims to consolidate the values of interaction and positivity among the community members, in support of the authentic national identity.